The drive has begun to coincide with the new programming schedule of the hit anime series on POP. 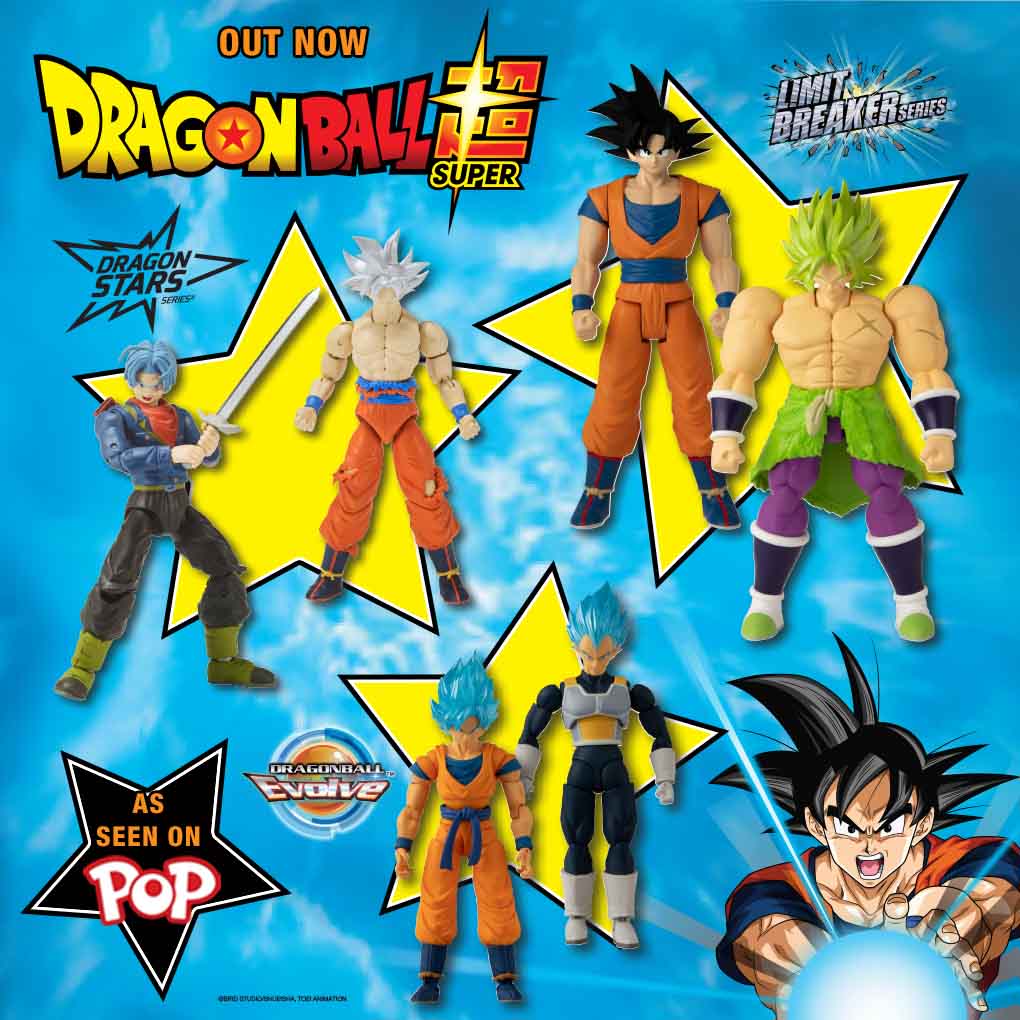 Bandai launched its new range of Dragon Ball Super action and collectible figures in January and is gearing up for the Q2 period.

An immersive experiential Dragon Ball zone has been created and will be touring retail parks across the country for four weeks during March. Bringing one of the most successful manga and anime series of all time to life, Bandai’s themed zone includes activities from PlayStation booths to play the video game, and Japanese billiards, to entering wind machines to catch Dragon Balls and spinning a Dragon Ball ‘Wheel of Fortune’ to win on-the-spot prizes. An extensive campaign with popular gaming and family influencers, plus regionalised media relations outreach has been implemented to amplify and support event communications.

In addition to the events, a robust mixed-media marketing programme is set to kick off for spring.  This consists of TV and cinema advertising, a three-month POP sponsorship, digital and social media campaigns, cross-promotional material within Bandai Namco’s Dragon Ball Kakarot game and costume character visits at retail.

Kirsty Mackenzie, head of marketing, Bandai UK said, “Dragon Ball is a global priority for us this year.  We’ve had lots of success with the brand within the collectors’ market and now feels the right time to develop and introduce a range to the mass market. Since January, we’ve seen a fantastic reaction with the product performing well and support for the brand growing at retail. The latest Dragon Ball Super TV series is the number one boys programme on POP and last year’s Dragon Ball film was a massive success.  We’re seeing a new generation of Dragon Ball enthusiasts in addition to the existing retro and nostalgia fans and have a glut of plans to ensure we’re reaching all of them.”