The 90,500 sq foot of carbon net zero warehouse space will allow the specialist online retailer to create jobs and expand its footprint in the UK. 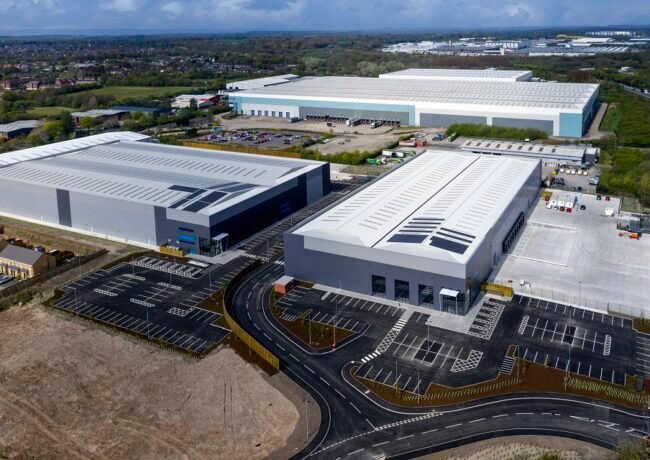 BargainMax.co.uk, a specialist online toy retailer known for its attractive prices, has announced that it has secured 90,500 sq feet of warehouse facilities at PLP Ellesmere Port, between J7 & J8 of the M53 at Pioneer Point Business Park.

With sustainability an increasingly important part of company’s ESG commitments, the facility, which was finished last year, has been constructed to BREEAM Excellent standard. According to BREEAM, the framework allows ‘property investors, owners, managers and occupiers to determine and drive sustainable improvements in the operational performance of their assets, leading to benchmarking, assurance and validation of operational asset data.’ To this end, the BargainMax.co.uk will be able to power its PLP Ellesmere Port operation using renewable energy harvested from a roof-mounted solar array.

Speaking to Place North West’s Julia Hatmaker, Alex Woolfstein, eCommerce director & senior buyer at BargainMax.co.uk, said: “PLP Ellesmere Port will provide us with the logistical infrastructure to support our continued growth as well as driving improved efficiency in this sustainable new-build warehouse. Ellesmere Port is a hub for fulfilment centres and we look forward to joining the long list of well-established businesses in the area. Our aim is to drive engagement in the local community through job creation and investment in the facility through local partners.”

Alex also took to LinkedIn to share the news, which he called ‘exciting’ and ‘unreal’, and to thank a number of people for getting the project across the line, namely Matthew Fitton, development director at PLP, Jonathan Thorne at B8, Eoin Murphy and ‘the whole team’.

“In welcoming BargainMax.co.uk to PLP Ellesmere Port they join a growing list of occupiers acquiring carbon net zero warehousing facilities in the UK,” said Matt Fitton, speaking to Place North West. “It is clear that this is becoming a key requirement for the occupational market which continues to endorse PLP’s long-standing commitment to deliver all new speculative to this standard.”