Time Lord Victorious will launch later this year, with products and experiences scheduled to launch over a 12 week period. 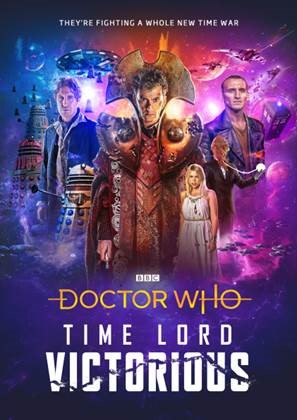 Time Lord Victorious will be set within the Dark Times at the start of the universe, when even the Eternals were young, and will follow several Doctors across space and time as they defend their home planet from a terrible race.

The story will feature the Eighth, Ninth and Tenth Doctors, companion Rose Tyler and monsters including the Daleks and the Ood, with more to be revealed over the coming months as products are announced.

James Goss, producer, said: “BBC Studios’ Doctor Who licensees have come together to tell an amazing epic – one that’s full of monsters, fun and heart. All strands of the story unite into a mighty patchwork that ranges from one end of the universe to the next. There’s more to be revealed, but the enthusiasm and ideas which the licensees have come up with are breathtaking. It’s going to be such fun.”

Doctor Who is one of the longest running action adventure television series in the world, spanning 56 years and winning over 100 awards. The brand has a proven track record in consumer products and live events with over 4m Sonic Screwdrivers sold in the past eleven years, over 12m action figures sold since 2005, over 18m DVDs sold globally, plus over 1m tickets sold for live events.

Further information about Time Lord Victorious can be found on DoctorWho.TV, where a timeline of product releases will be collated as products are announced.