Changes to the Toymaster board announced

Ciaran Fitzpatrick, who is stepping down as chairman, has announced his successor, alongside other changes to the Toymaster board. 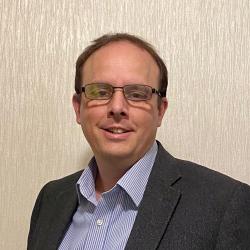 Chris Blatcher has been announced as Toymaster’s new chairman.

Changes to the board of Toymaster, the independent buying group, have been announced.

In a statement sent to group members, current chairman Ciaran Fitzpatrick said: “I am writing to you to inform you of some changes to the Toymaster board. As of 1st August 2020, I am stepping down as chairman having served 13 years in the role. I have been asked to carry on as a non-executive director and chairman of the Merchandise Committee, which I am most happy to do.

I am pleased to announce that our new chairman is Chris Blatcher from JAC Stores, who has shops on the Isle of Man. JAC joined Toymaster in 1995, Chris became a director of Toymaster in 2016 and will also continue as chairman of the Marketing Committee. I wish him every success in his new role.

I also want to take this opportunity to personally thank Andy Taylor who is stepping down as a non-executive director from 1st August 2020. Andy’s employer, Ramsdens of Grimsby joined Toymaster in 1992. Andy served on the Marketing Committee for many years until I poached him and he served on the Merchandise Committee until 2015. He joined the board of Toymaster in 2007 and now needs to concentrate on Ramsden’s business, which no longer sells toys.

I want to thank my other non-executive directors Roger and Julian and our executives Ian, Colin and Yogi for all their support and effort during my term. A special thank you to all the team in Northampton for helping to make Toymaster the super company it is today.

These changes have been in the pipeline for the last year and are all about ensuring the proper succession for the continued success of Toymaster.

Looking forward to seeing you all at future shows after the virus and when it is safe to-do so.

Wishing you all a successful season,