Mark will be stepping down at the end of January, when sons Luke and Lewi will take the reins of the company. 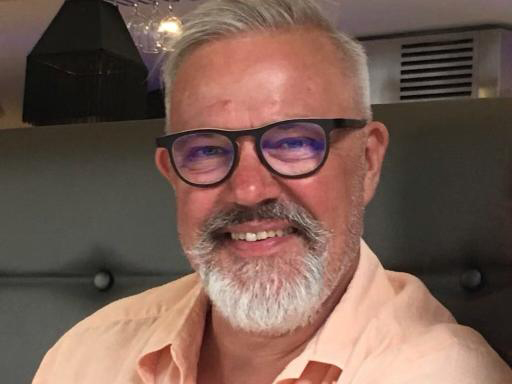 Mark Hillier has asked Toy World to let the toy community know that he will be calling time on his long and successful toy trade career on 31st January. He has decided that it is the right time to retire, and that he will be handing the Click Distribution business over to his sons Luke and Lewi, who have both been working alongside Mark for many years.

Mark told Toy World: “I’ve worked for 50 years now and I figure that’s enough. It’s been an incredible journey, and I have loved my time in the toy and collectibles business. I have met and worked with so many wonderful people, and would like to thank everyone who has helped us along the way and everyone we’ve worked with since we set up Click. I genuinely feel blessed to have had the career I’ve had – I’ve had the time of my life, but it feels like the right time to hand the business over. The boys have been doing a great job with the company – we’ve just had our best year ever.”

Mark was initially hoping to make it down to the Toy Fair next week to say goodbye to his many friends and colleagues in the industry, but an impending medical procedure for his wife means that he has to isolate for the next few weeks. Click Distribution will be showing on Stand 120 on the Upper Level, and both Luke and Lewi look forward to welcoming customers to show them round this year’s collection.

As for Mark, his immediate plans revolve around travel: “I love travelling and I’ve been lucky enough to have visited many fantastic places through work, such as Hong Kong, LA, Melbourne and many other great cities. But I realized there are many great places in the UK we haven’t seen, so I have sold the Maserati and bought a campervan, so we can go touring around the UK. I kept the motorcycle though.”

Toy World would like to wish Mark all the best in his retirement, and congratulate Luke and Lewi as they take the reins of Click.