Several more major titles have been added to the growing list of movies delayed by the pandemic. 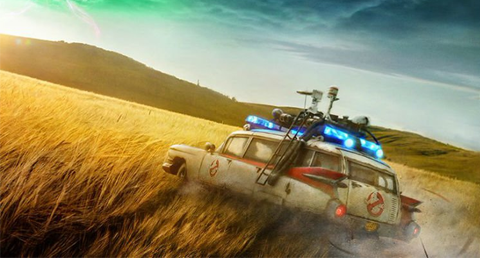 As reported by Vanity Fair, Sony Pictures has announced the postponement of nearly all of its movies until 2021.

Ghostbusters: Afterlife, which was set to open this summer on 10th July, will now open almost a year from now on 5th March, 2021. The movie stars Carrie Coon as a single mum whose family inherits an old farmhouse that has ties to the characters from the original 1984 film, and is being directed by Jason Reitman (Up in the Air, Juno) whose father, Ivan Reitman, directed the first two films.

Peter Rabbit 2 has also been pushed back once again, and is moving from 7th August of this year to 15th January of next. The movie had already been re-scheduled from its original release date of March. The new January date was previously occupied by Sony’s Kevin Hart comedy Fatherhood, which is the only film on the slate moving up – to 23rd October of this year.

Morbius, an adaptation of the Marvel Comics vampire (played by Jared Leto), was slated for 31st July 2020, but will now open on 19th March 2021. Ghostbusters: Afterlife and Morbius have ultimately bumped another of the studio’s films to a later date; Uncharted, starring Spider-Man’s Tom Holland as adventurer Nathan Drake from the hit video game series, was set for 5th March 2021, but will now open eight months later on 8th October.

Numerous other movies including Warner Bros. Wonder Woman 1984, Disney’s Mulan and Black Widow have also been postponed due to the outbreak, with Universal’s next chapter in the Fast & Furious franchise, F9, delayed by almost a year. While some studios hope to see a return to moviegoing by the end of summer, there’s still no certainty about whether that will be realistic.