The new animated show will premiere on CBBC, Gulli, Ketnet, Huace and WarnerMedia’s Boomerang this summer. 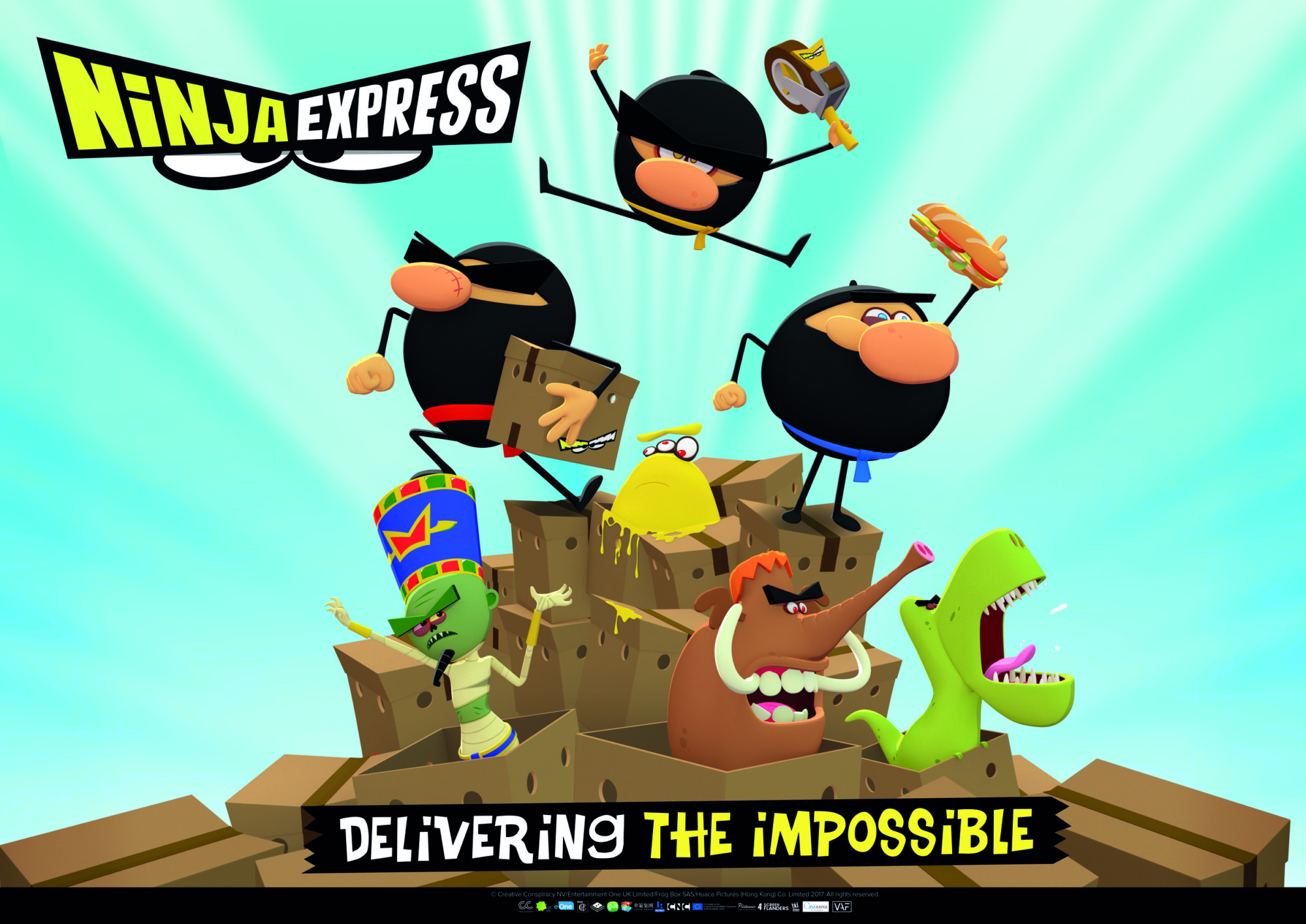 eOne, Hasbro’s global entertainment studio, has announced the global launch of a new kids’ animated series, Ninja Express. The absurd 2D/3D mix animated comedy, developed for 6-11-year olds, is about a special delivery service run by super-powered Ninjas. Created by Kim Claeys and co-produced with Creative Conspiracy and Frogbox, the 52×11 minute episodes of Season 1 are set to roll out globally starting 1st July.

“We are so proud to share Ninja Express with kids around the world,” said Olivier Dumont, president of eOne’s Family Brands division. “The show balances the ultimate mix of over-the-top humour with real heart and we are confident that people will fall in love with our three colourful ninjas – Aka, Kiro and Konpeki. The teams at Creative Conspiracy and Frogbox truly created something special with this show.”

The show follows the adventures of Aka, Kiro and Konpeki and their unique Ninja Express delivery service. Kiro, the Yellow Ninja, has the ability to look through space and time, while Blue Ninja Konpeki can travel through space and time. Aka, the Red Ninja, can temporarily reduce the size of any object by inhaling its mass. Combined, these abilities mean Ninja Express can deliver anything, anywhere, anytime. 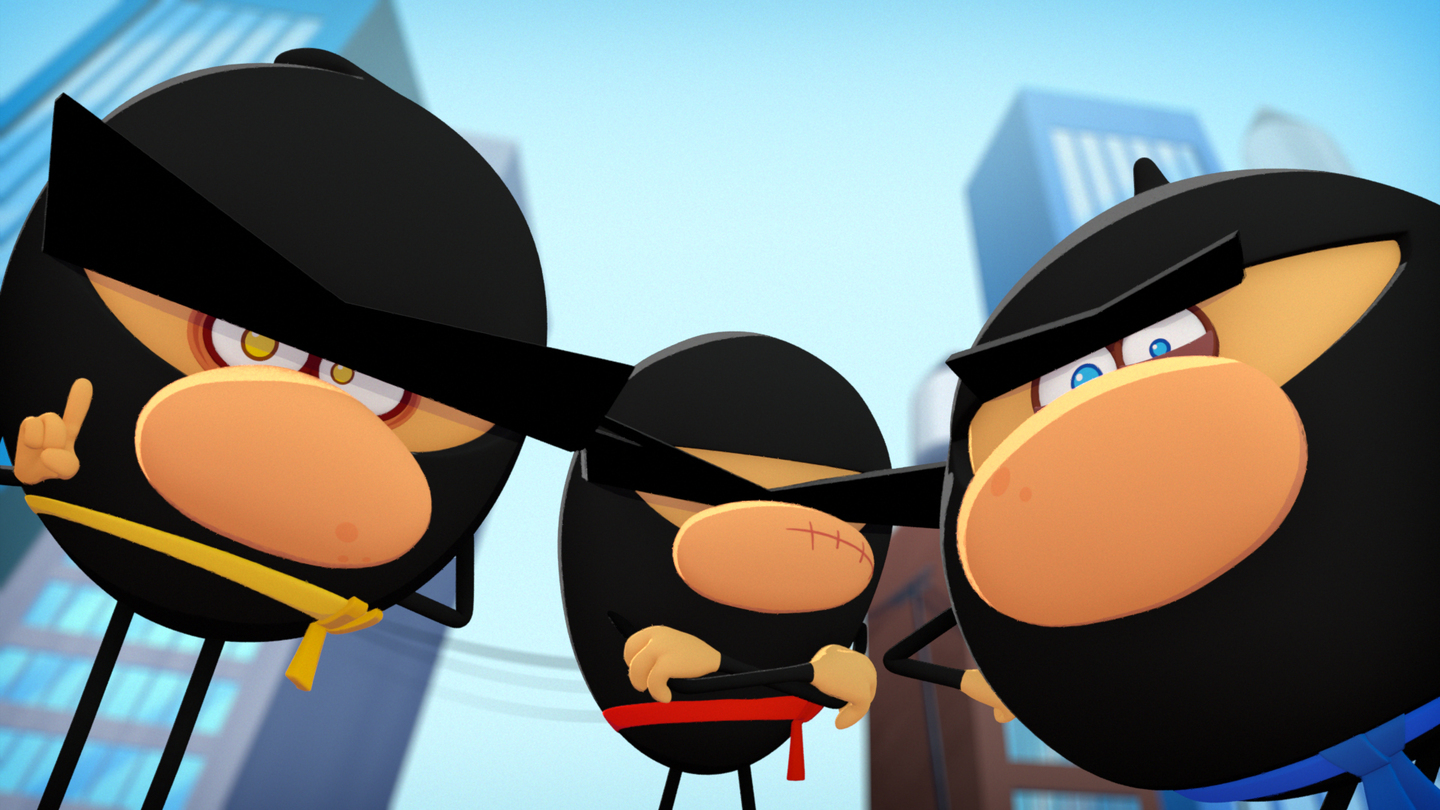 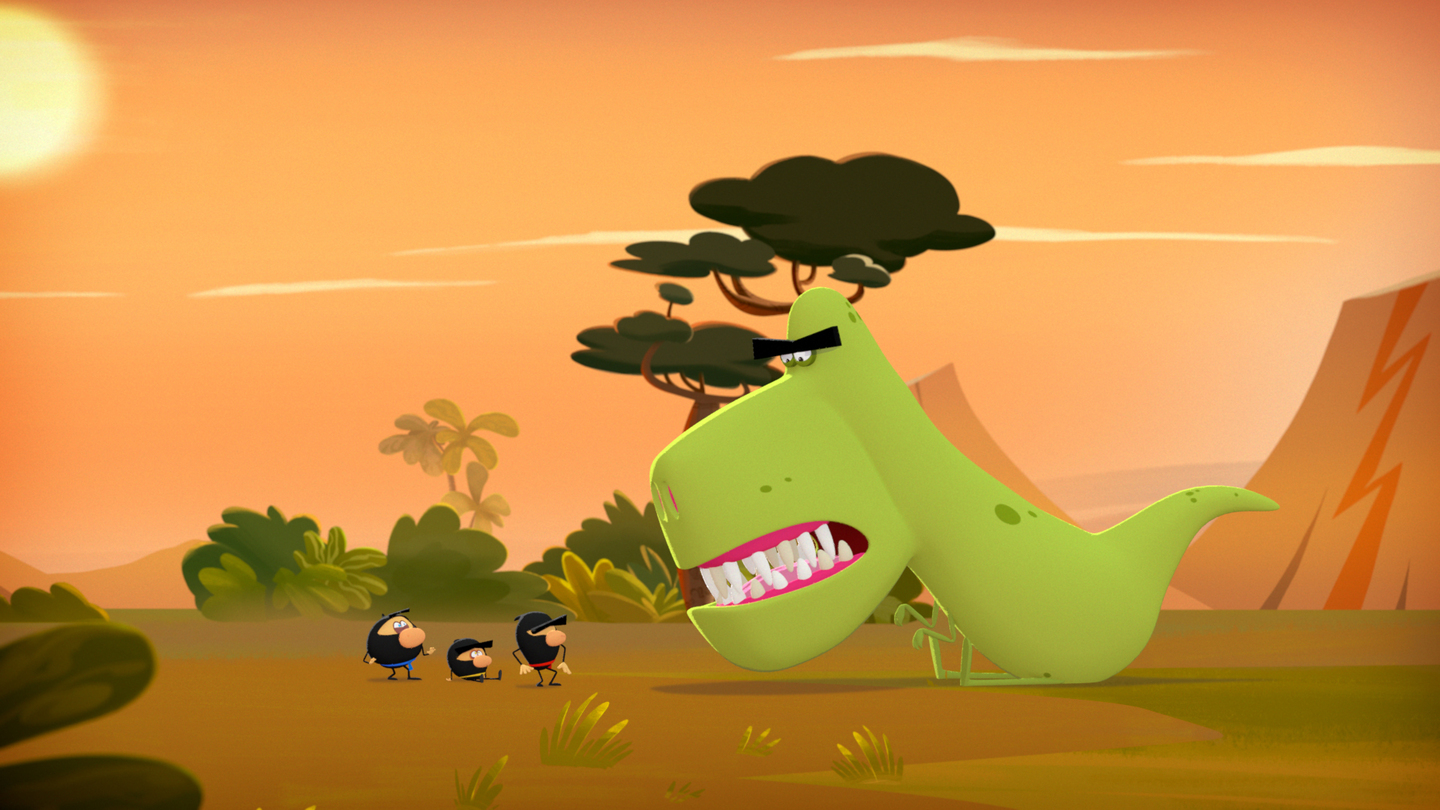 “We’re really excited to bring Ninja Express to audiences everywhere,” said Peter Decraene, partner at Creative Conspiracy.  “The show was really fun to create and produce. We are thankful to have such amazing broadcasters on board and are very happy that kids all over the world will now get to know our little ninjas and join them on adventures as they travel through space and time.”