Exclusive: Toy World gets the latest from the NPD Group

The NPD Group recently announced plans for a sample upgrade in 2020 and the introduction of a new e-commerce service amidst changing consumer habits and marketplace trends. 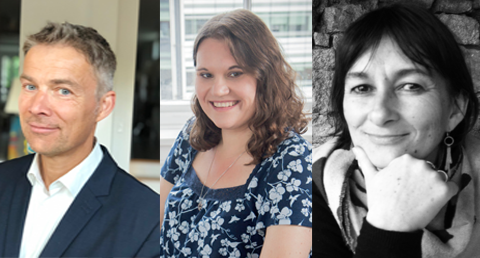 We spoke to Melissa Symonds, director UK Toy service, François Klipfel, president EuroToys, and Frederique Tutt, global industry analyst, Toys, NPD, just before Christmas, to get the low-down on how the UK toy market fared in 2019 and how its new service will benefit the trade.

Melissa began by outlining her predictions on the UK market during the final few weeks of 2019: “As highlighted by NPD’s Weekly Tracking Service, each year we notice that Christmas sales seem to happen later in the fourth quarter. This year, the festive shopping season is possibly even more complicated as the general election monopolising so much attention. There is a lot at stake with 14% of annual sales happening in the last three weeks of the year. I would say that we are likely to finish between -5% and -7% down if we consider the entire retail landscape – e.g. beyond the sample we cover with our point-of-sale feed. As we write this (7th December), sales are down -8.6% year-to-date in Sterling.

François adds, “The UK toy market is currently under-performing its neighbours. France is flat, Germany is up 3% and Spain is down 1% (with 40% of annual sales still to come) year to date after Black Friday week. Quite frankly, in 25 years of tracking toy sales in the UK, we have never seen anything like this. Toys is not alone though; and if you look at the BRC figures, non-food sales in the three months to November are down -4%.”

Amid the festive trading period, reports for before and after Black Friday in both the UK and globally raised concerns. Frederique explains: It’s difficult to compare 2018 to 2019, because in 2018 Black Friday fell in week 47, and last year it fell in week 48. If we take weeks 47 to 49 together, in order to cover both Black Friday and Cyber Monday weeks in both years, the UK market was down -10% for 2019.”

“For the year ahead we are working on a sample upgrade.” says Melissa, “We have a number of retailers ready to come on board including a specialist chain, a big marketplace and another grocer, to be revealed. We’re also working to integrate DTC sales for some suppliers, as we recognise that is a growing channel right now.”

François adds: “We are also launching a new e-commerce service. Right now, in some countries, we’re able to provide an online/offline split. But in the UK, the weight of the main player prevents us from doing so, even though we are seeing strong development in the marketplace. With that in mind, we are launching a new consumer-based service to track toy sales online through all market players, big or small. This service will be complementary to our regular data set.”

To read the full Q&A in the January issue of Toy World, click here.