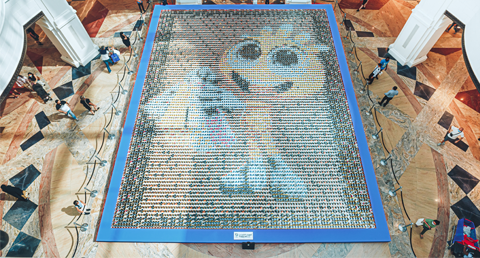 Funko added to the summer activities at Dubai’s world-famous Mall of the Emirates last week by breaking the Guinness World Record for the world’s largest mosaic creation.

The final Funko mosaic measures an impressive 157.7 m². A timelapse video of the build can be viewed below.

Danny Hickson, official adjudicator from Guinness World Records, said: “This is another proud moment for the UAE to add a new title to its wide collection of world records. Thousands of Pop! Vinyl products were used to celebrate Funko collectors around the world and what better way than with a Guinness World Records title.”

Motasem Ahmed, co-founder of Monkey Distribution, which distributes the Funko range in the Middle East, said: “What better way to end the summer than by breaking a world record. We hope everyone loves Modesh’s mosaic as much as we loved creating it.”