Everything you need to know about the upcoming November issue, and how you can be a part of it. 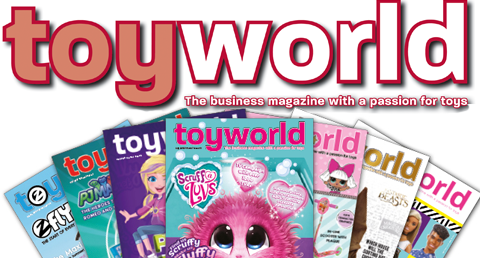 With the October Licensing Special issue currently being finalised, attention now turns to the upcoming November issue of Toy World. This issue will include a feature on Q1 ranges – new products released between Boxing Day and Easter – as well as a comprehensive feature on Outdoor Toys.

As the Christmas season gets underway, we will be speaking to indie retailers about their hopes for the all-important gifting season and what high-ticket items are expected to fly off the shelves ahead of the big day, in our Talking Shop feature.

Other regular features such as Viewpoint, Allegedly and Licensing World will also be included in this month’s issue, together with feature interviews and a roundup of the latest news.

Companies wanting to get involved should contact the team ASAP. The editorial deadline is 1st October and the ad deadline is the 13th October.

If you would like to have the magazine sent to your home address temporarily, contact Anita Baulch at anita@toyworldmag.co.uk.