Hand-to-Hand Wombat is expected to be popular with the Kickstarter community and Exploding Kittens promises a campaign to match its fun gameplay. 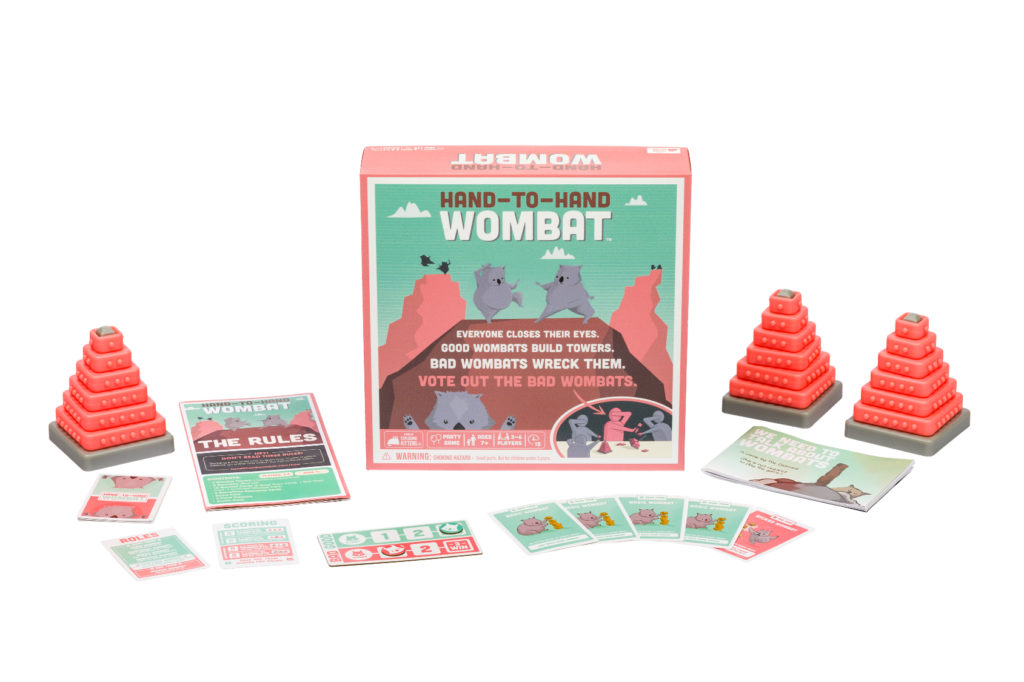 “Since the beginning, there has been something magical about our Kickstarter community – it’s been at the core of our company and helped us get to where we are today,” said Elan Lee, co-creator and CEO of Exploding Kittens. “This time, we wanted to rewrite the rules and create a campaign that was as entertaining as our new game, Hand-to-Hand Wombat. It’s so well designed and we know our community is going to love it.”

Hand-To-Hand Wombat is a game of teamwork, towers and troublemakers. More than just a clever play on words, Exploding Kittens’ new game combines social deduction and stacking bricks, where one team works together to build towers before the other team can secretly sabotage them. Best for players ages 7 and up, the new game features the wombat character from The Oatmeal’s comic, which was the most popular comic in 2021.

“Hand-To-Hand Wombat is rowdy, social fun,” explained Carol Mertz, senior game designer at Exploding Kittens. “We aim for this kind of experience with all our games, so we’re especially proud of the design of this one. It’s the perfect game to pump up the energy of your game nights — players will be laughing and shouting the entire time.”

To back the Kickstarter, readers can visit the project’s website here.