With under 100 days to go till Christmas, Studio.co.uk has launched its Christmas brand ad campaign voiced by actor and TV personality, Joe Swash. 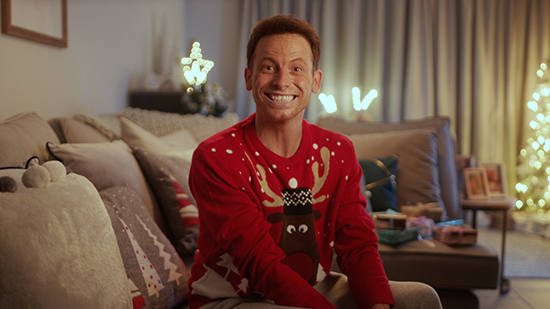 Studio.co.uk‘s ad is this year championing those who want to get Christmas sorted in good time, by joining #TeamEarly. The campaign kicks off with a series of 30” ads across TV, showcasing the retailer’s Christmas range. These ads continue up until December, with further content introduced throughout the season, including a series of ITV co- branded ads showing Joe getting ready for the festivities and being part of the #TeamEarly squad.

The activity will be supported across digital, email, social and a squad of #TeamEarly influencers throughout the season who will support a competition for customers to win £1,000 in Studio.co.uk vouchers on three separate occasions across the season.

Studio.co.uk is also partnering with Global and the UK’s biggest commercial radio station, Heart, promoting #TeamEarly with a series of Christmas promotional activity, social and sponsorship. In addition, Studio.co.uk recently announced a yearlong charity partnership with the leading family support charity, Home-Start UK. The online value retailer has committed to supporting more than 500 UK families over the next 12 months and will be driving fundraising activity throughout the campaign.

Chris Chalmers, marketing director of Studio.co.uk, added: “We know that families across the country are really looking forward to Christmas 2021; this year is all about people and families getting together and making up for lost time. We have created our #TeamEarly campaign with families in mind and want to help people get organised early so they can celebrate for longer. Joe Swash is the perfect ambassador for #TeamEarly as he is a fun and relatable family man. We are looking forward to showcasing the content we have created with him and making families Christmas extra special with our £1,000 voucher giveaway.”