The new products will be on display at the London Toy Fair (Stand H30) and Spring Fair International (Hall 5, Stand K28). 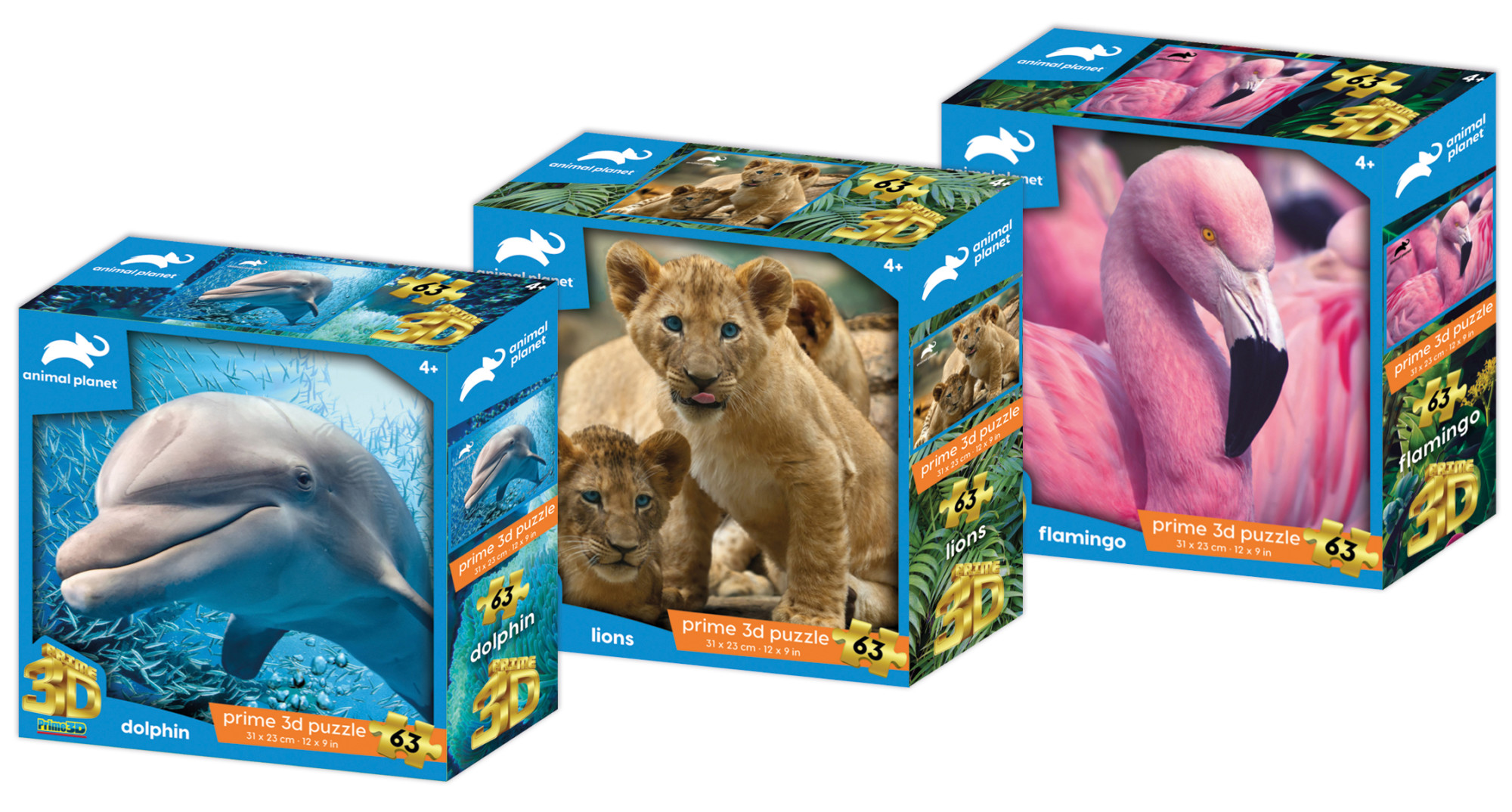 The Animal Planet range will initially launch in just the 63-piece puzzle size, with eight new designs including a Dolphin, African Lions and a Pink Flamingo.

150-piece puzzles will also become available, which feature Elephants and a Hummingbird, adding to this extremely popular pocket-money puzzle range.

Kidicraft will be using a new and improved Prime 3D lens to give even greater depth and movement to the images on the 3D puzzles. The new Prime 3D will debut on the Animal Planet range from February.