The Landspeeder set is the latest in the Lego Ultimate Collector Series and is a faithful recreation of Luke’s battered vehicle. 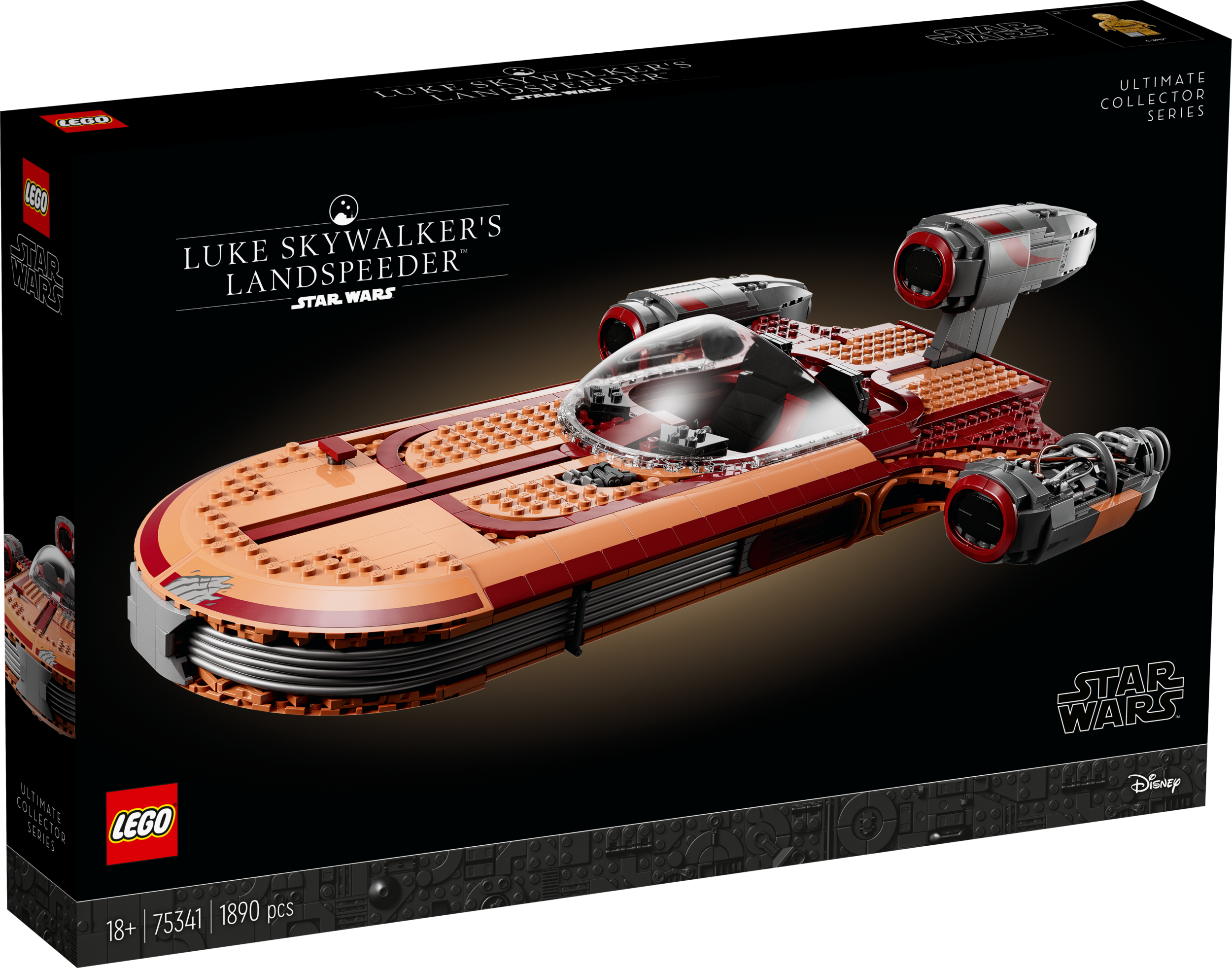 The new 1,890-piece Lego Star wars Luke Skywalker Landspeeder set is modelled on the Landspeeder which was first seen in Star Wars: A New Hope.

X-34 Landspeeders were typical civilian transports, designed to withstand the roughest terrains and Luke used the vehicle extensively as part of his farm work, travelling across Tatooine’s harsh deserts. Accompanied by C-3PO, he also used the Landspeeder to locate R2-D2 when he was discovered by Obi-Wan Kenobi.  It was also the vehicle they were travelling in when Obi-Wan used a Jedi mind trick to get past stormtroopers guarding entry into Mos Eisley. Eventually Luke sold the Landspeeder to pay for his transport to the planet Alderaan.

The Lego Star Wars Luke Skywalker Landspeeder building set is 49cm long when complete and features the two-seater cockpit, the turbine engine without a cover, the iconic curved cockpit windscreen plus an exclusive C-3PO minifigure (with 2K moulded legs and a side print) and Luke minifigure – complete with lightsaber.

The set forms part of the Lego Star Wars Ultimate Collector Series sets, which also include the Millennium Falcon, the A-Wing, the Republic Gunship and the recently released AT-AT.

The Landspeeder building set was created by Lego set designer César Carvalhosa Soares, who said: “It’s been an amazing adventure creating Luke Skywalker’s Landspeeder in Lego brick form. It is such an iconic vehicle in the Star Wars saga. We’ve ensured no detail has been forgotten and have even included some of the scratches. The finished product makes an incredible display and is the perfect addition to the UCS collection.”