Following hopes that Chinese New Year would see the container situation improve, it is taking longer than predicted for supply to match demand. 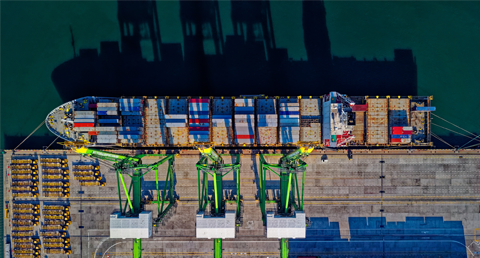 Toy companies have been concerned about the price of shipping containers since the start of the year, when prices were hiked massively to reflect the short-term supply and demand situation. There was also a suggestion that shipping companies were looking to make up the shortfall from the ongoing operational challenges in 2020. One of the comforts for suppliers was the theory that container rates would start to drop after Chinese New Year, and there has been some tentative evidence in recent weeks that the process had begun. However, reports are now suggesting that price falls may not be happening as far or as fast as the supplier community had hoped.

According to a report in shipping magazine The Loadstar, hopes that the Chinese New Year would offer container lines valuable breathing space to reposition the vast numbers of empty container appear to have been slightly optimistic. Akhil Nair, vice president of global carrier management & ocean strategy at SEKO Logistics, told The Loadstar: “There was a reasonable amount of equipment repositioned during CNY, but we expect that all to be utilised by week four of March, or early April. We seem to have entered a cycle of perpetual scarcity.”

According to reports, the current situation is once again starting to resemble the pre Chinese New Year scenario, with demand for boxes outstripping supply. In both south and central China, there are said to be signs of container shortages reappearing – and even if cargo flows improve, there are other factors which could limit availability at origin.

One theory centres around the second US Covid stimulus: if it is passed and cheques are sent out to consumers, there is every chance that they will spend it on goods, similar to their spending patterns following the first package. With US inventory levels not yet having recovered to pre-Covid levels, tit is thought his could lead to product shortages in some areas: although there is no suggestion that toys is one of the categories which is short on stock, a rush to import large volumes of product into the US could not only have an impact on the flow of toys into the US, but on other territories around the globe, given the current fragility of the logistics chain.

Carriers are said to be bringing new equipment to the market, although it looks increasingly likely that this extra capacity will be filled quickly. Meanwhile, recent data from Drewry Shipping Consultants suggests that the scarcity of boxes is largely the result of last year’s prolonged run of blank sailings and port congestion. According to Drewry, production of new containers in 2020 was up by +10% on 2019. John Fossey, senior analyst for container equipment at Drewry, has claimed that a combination of extending the service life of existing boxes and a big increase in new production is likely this year: “We are now seeing a reduction in the number of containers being retired or sold on the second-hand market. The current shortage of containers has nothing to do with lack of investment in equipment, it is more to do with hiccups in the container supply chain because of Covid – the containers are not getting to where they are needed in a timely manner. The typical turnaround time for a container on the Asia-North Europe trade pre-Covid was about 65 days – that has now increased to 100 days. We believe this is temporary and will self-correct – the question is when.”

Writing on LinkedIn, Richard Brooks, director at Far Logistics Manchester, commented: “ So far there has been no relief for shippers after Chinese New Year, as rates remain high to get stock away. Coupled with the recent round of price increases of raw materials, this will continue to put additional strain on the supply chain for the time being.”