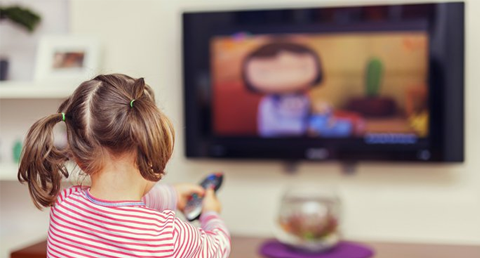 After the initial novelty of  everyone being at home, we are starting to see a more settled pattern emerge. The excitement of kids being off school, watching TV and jumping around with Joe Wicks seen on the first Monday of lockdown appears to have tapered off. The first day of lockdown, Monday 23rd March, saw children’s channels commercial impacts increase by 58% for children 4-9, compared to the average seen over the previous four weeks.  It has since settled down, with the week commencing 30th March seeing impacts increase by 32% on the weekly average.

Despite the lockdown covering weekends too, we are not seeing the increase in child 4-9 impacts here. Traditionally the heaviest days of week for TV viewing, the weekend impacts have remained flat. The growth in weekday impacts comes, as you would expect, from the 9am to 3pm period when children are traditionally in school. Impacts during this time period are up by 263% when comparing the two weeks of lockdown versus the two weeks’ prior. Looking at the viewing by hour at the weekend, there is no discernible difference to life prior to the lockdown.

From very low bases, ITVB and Disney XD have seen the biggest percentage increase in impacts at 782% and 155% respectively. Tiny Pop has seen the biggest volume increase of child 4-9 impacts, rising 141% in lockdown compared to the two weeks’ prior to become the second biggest channel behind Pop. Milkshake continues to dominate the top programmes when sorted by average TVR with nine out the top 10. Top Wing has the highest average TVR, followed by Peppa Pig. Alvin and the Chipmunks has the highest volume of impacts over the lockdown period with Paw Patrol in 4th position, despite it being the most broadcast programme of lockdown with over 6000 episodes going out across the two week period.

PE with Joe Wicks benefitted from the same initial enthusiasm as TV viewing as a whole, with a whopping 6.1m views on Monday 23rd. However, like the increase in TV viewing, this couldn’t be sustained, with views last week dropping below 1m per day; still an impressive effort.

The streaming services are bound to have done well in this period, but are not always in the mood for sharing data. We have learnt that Disney + has now has over 50m subscribers worldwide, way ahead of schedule given its target was 60-90m by 2024. Anecdotally, Sky has told us that its On Demand viewing has increased 27%.

As we start to get the data from when the schools would have broken up for Easter, we expect media consumption to increase as home-schooling is temporarily abandoned. This is already having a knock on effect for TV stations with plenty of impacts to go around and some great deals to be had.