Toy Fair made a welcome return to Olympia London this week after last year’s postponement due to the pandemic. 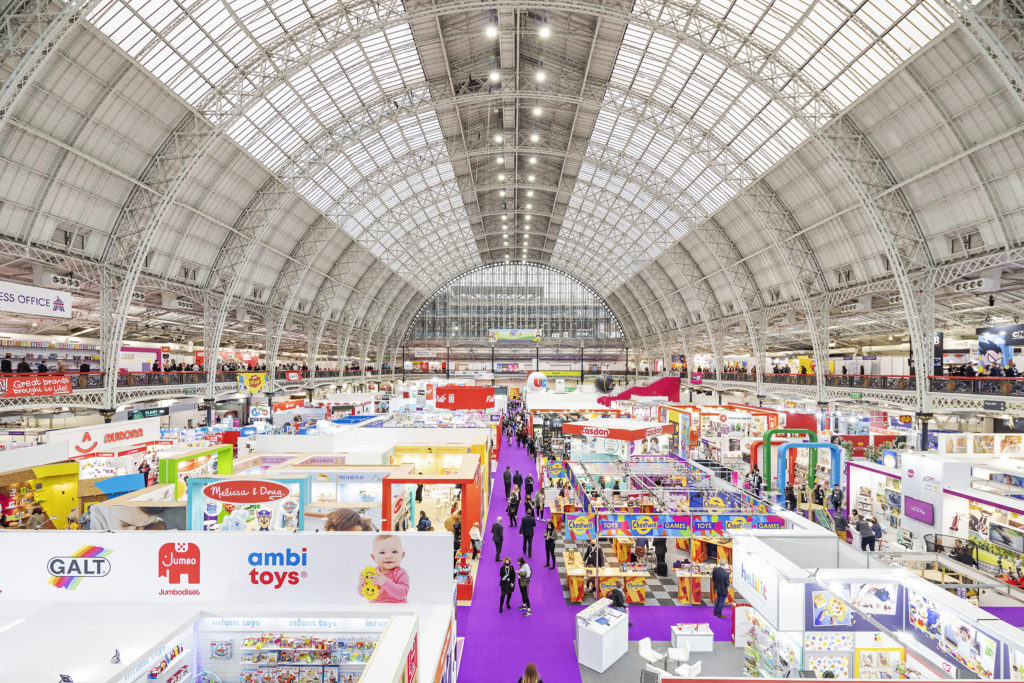 Exhibitors and visitors alike were delighted to be back for the 68th annual Toy Fair this week. The three-day event at Olympia London was the only dedicated toy fair that has been able to take place this year.

Special measures were in operation due to Covid-19 to ensure the health and safety of all exhibitors and visitors attending the show, which saw 260 exhibiting companies unveil thousands of new products for the year ahead.

“After a year away, it has been a delight to see the industry come together again at Toy Fair to kick start 2022,” commented Roland Earl, director general of the BTHA. “I would like to thank our exhibitors and contractors for the support and extra lengths gone to this year to put on a successful show. We are pleased to have welcomed a wider range of visitors from the UK and overseas to the show this year and wish all participants well in the year ahead”.

“Having tested our first two products at Toy Fair in 2020, the feedback and support from the industry was so encouraging we couldn’t wait to return this year with all our new products,” said Louise Clasby, director of Paper Engine. “To be able to showcase our expanded brand and new range of products was key to our plans and we really appreciated being able to do this in person with people face-to-face. The feedback we have had not only from buyers, but fellow exhibitors and licensors has been fantastic. This has been such a worthwhile fair for us with many follow-up discussions to keep the sales team busy.”

Kidicraft’s Roy Greenwood added: “It has been extremely profitable to be here at Toy Fair. If the show didn’t go ahead, I think we would have lost twelve months. We have just got the licence worldwide for Hornby puzzles so we’re looking for European partners; we had thirteen European distributors come in on the first day, which would have been an opportunity missed if we hadn’t exhibited. The retailers wanted to be here and the exhibitors wanted to exhibit. It was everybody pulling together.”

The top trends and themes from the show included family play, licences and STEM toys with science kits, build your own robots, and board games. The winners of Toy Fair’s Hero Toys included Gotham City Racer from Bladez Toyz and the Sesame Street Talking Cookie Monster by Posh Paws International, while the Editor’s Choice Award also returned this year with the brand new Talking Paddington Bear from Rainbow Designs crowned the media’s favourite new product of the show.

The BTHA also announced that the 2022 Toy Trust Media Auction raised an impressive £77,550 during Toy Fair 2022, taking the total raised since the auction first took place to a staggering £1,072,390.

The auction sees airtime and printed media slots generously donated by leading online, print and trade journals, while major retailers also added valuable promotional slots in their catalogues, resulting in £100,000+ of media space to bid for.

Details of the winning bids can be viewed on the Toy Trust Media Auction page.

Applications for Toy Fair 2023 will be announced in March 2023 at www.toyfair.co.uk.