The special celebration yesterday gave Mattel the chance to showcase the Jurassic World Dominion range from this summer’s blockbuster movie. 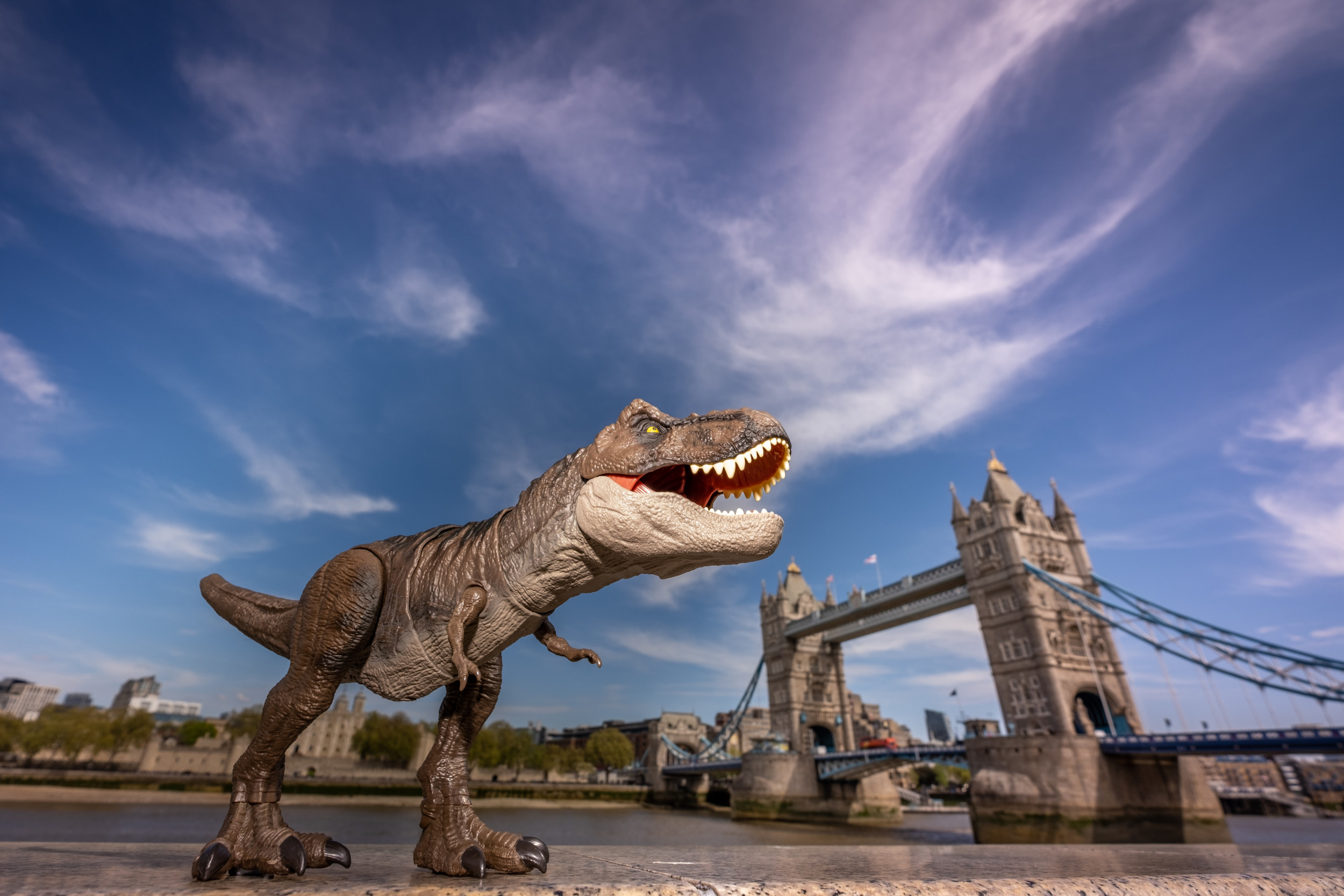 The OnePoll research, commissioned by Mattel to launch the new toy range for the film which is released on 10th June, also discovered 49% think some dinosaurs can still be found in the UK.

A poll of 1,000 children aged 6-10 show the T. rex coming out on top as kids’ favourite dinosaur, with most kids opting for a T. rex as the one they’d most like to housetrain, and that 33% of kids would love to have a dinosaur as a pet.

To showcase the new Mattel Jurassic World Dominion toy range alongside the research, Mattel used clever ‘forced perspective’ photography to make it look as though dinosaurs were exploring old and new London landmarks. The Quetzalcoatlus dinosaur toy visited the Natural History Museum, where many prehistoric dinosaur skeletons now remain, while the Therizinosaurus toy was seen to be grasping the London Eye in its claws and the T.rex visited the Houses of Parliament.

Kelly Philp, marketing director Mattel UK, said: “Dinosaurs are endlessly fascinating to children, and they probably always will be. This National Dinosaur Day, we thought there was no better way to celebrate than to find out what kids think about all things dinosaur.

“Dinosaurs may not still be roaming the earth, but the new Jurassic World Dominion Mattel toy range means kids can play out endless adventures – and with a much more parent approved pet.”

The research also found that 52% of kids think dinosaurs will come back; 65% of kids love playing with dinosaur toys, with 39% saying they are their favourite toys; The T. rex and Triceratops are kids’ favourites and 80% of kids own up to 20 dinosaur toys.