Merrylegs the Movie to bring beloved Thelwell Ponies to life

The scruffy and mischievous yet adorable ponies will star in a new live-action adaptation from award-winning UK indie film production company Blenheim Films.

Blenheim Films has announced the upcoming live-action adaption feature, Merrylegs the Movie, based on the Thelwell Ponies and directed by acclaimed director, producer, and writer Candida Brady (Trashed, Urban and The Shed Crew, Muse).

The Thelwell Ponies, created in the 1950s by late cartoonist Norman Thelwell and widely considered to be national treasures, will appear in a feature-length adventure that promises to entertain and inspire both a whole new generation as well as those who have loved the characters for many years.

Karen Addison Associates Ltd will be handling the licensing for Thelwell and can be contacted at karenaddison@karenaddison.co.uk or on 01931 714017.

Produced by Blenheim Films, Merrylegs the Movie is the first instalment in a planned franchise that will establish the characters and Willowbrook Riding Stables, set in the beautiful remote mountains in Snowdonia, Wales. The film follows Penny and Merrylegs, a timid pony who must overcome his greatest fears to find his own place in the world.

Award-winning casting director Michelle Smith (The Runaways, Aladdin, Once Upon a Time in London) is looking for an unknown promising young talent who can breathe new life into the character of Penny, inspired by Thelwell’s daughter, and bring the endearing and exciting escapades from the pages of the beloved books to the screen. The search is also on to find the perfect pony for the leading role of Merrylegs.

A Bafta and Oscar-award winning VFX team are set to bring the ponies to life, while best in the business creatives have already begun the careful modernisation to ensure incredible results for Merrylegs and his family of ponies. Highly sought after and renowned director of photography Peter Field (the Bond franchise, Wonder Woman 1984, Fast & Furious 9) and Academy and BAFTA Award-winning filmmaker and expert horseman Vic Armstrong (The Amazing Spider-Man, the Bond franchise, Thor) are also on board.

The film is intended for a 2023 release to mark and celebrate Norman Thelwell’s centenary. One of the 20th century’s most beloved and well-known British children’s authors, his collection of 34 books continues to sell millions of copies worldwide, has been translated into a variety of languages, and remains one of the only British heritage family franchises fully unexploited for film.

Candida Brady is one of the few British female directors to have been nominated for the Cannes Film Festivals Best First Film Feature accolade, the Camera d’Or, for her debut feature, Trashed, which went onto win 11 international film festival awards.

Candida explained: “Bringing the much-loved artist Norman Thelwell’s legacy to the big screen is a dream come true. These iconic characters are universally treasured. We’ll be meticulous with the evolution of the ponies working with the very best in the field of creature animation to maintain the unique style, wonderful humour, and environmental spirit that his Norman’s collection of cartoons represented. We can’t wait to introduce new audiences to the laughter, landscapes, and hilarious antics of Penny and the mischievous ponies.” 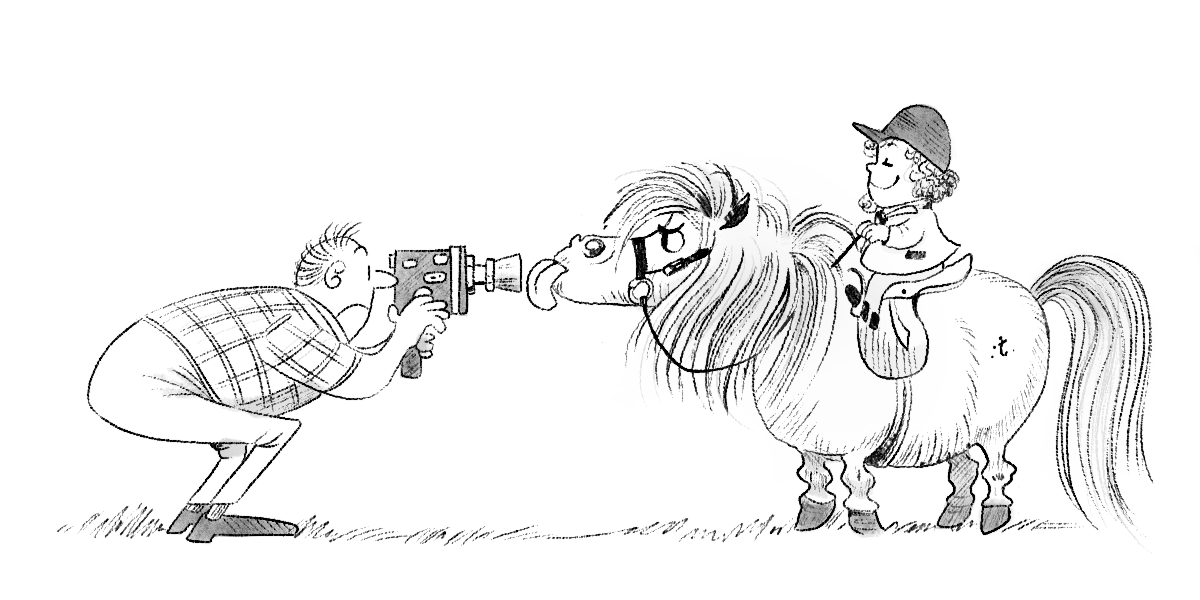 Norman Thelwell’s daughter Penny Jones said: “I very much look forward to seeing Dad’s ponies coming to life on screen so that a new generation can discover the iconic Thelwell pony, and their parents can rediscover characters they knew from his books when they were children.”

David Thelwell, Norman’s son, added: “Blenheim Films is also developing a television series about my father’s life and work based on his autobiographies, which – just like his cartoons – were extremely popular. We still have many of the fan letters sent to him at the time. He would have been thrilled that his life and work will be turned into TV programmes and films and so are we.”