The 2,200 square foot store is located right in the middle of Burton-upon-Trent’s The Octagon Shopping Centre. 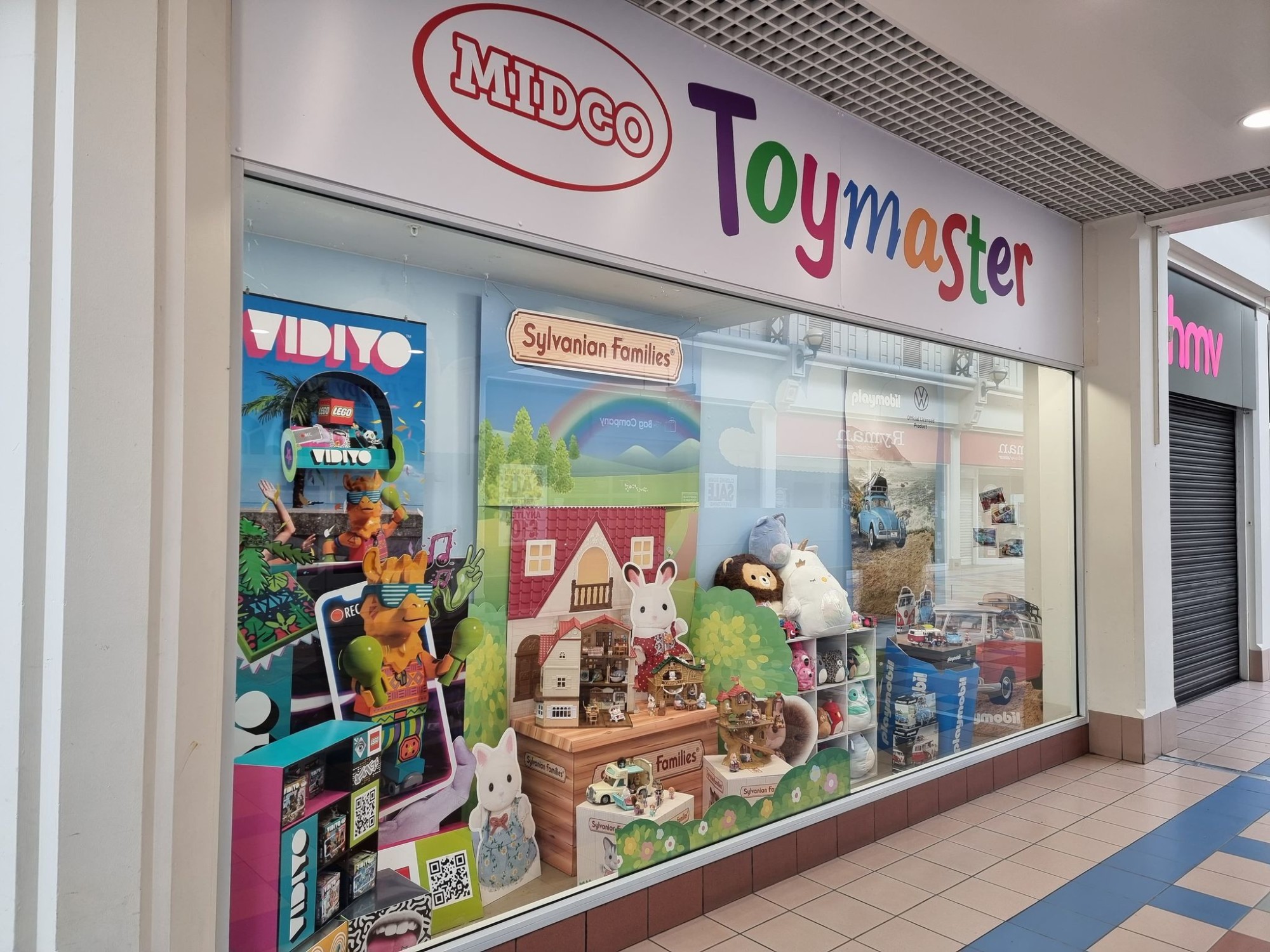 Toymaster member Midco Toys is throwing open the doors to customers at both its stores today, including a new, bigger location in one of Burton’s most popular retail destinations, The Octagon.

With a high-street revitalisation project causing havoc for deliveries to the previous shop, owner Dave Middleton felt the time was right to make a move into the centre, having spotted the vacant unit quite by chance a couple of months ago. He told Toy World: “I was walking through The Octagon one day when I walked past our new unit, number 29, standing empty. I called the number on the sign, and by the time I’d made it to the other side of the centre the deal was practically done.”

The bigger footprint of the new store has allowed Dave and his team to enhance and expand core lines, with a huge new branded Lego section stocking around 90% of the construction toy company’s ranges. The Arts & Crafts section has been expanded, and a dazzling new American candy bay has also gone in, adding that little something extra to the toy shopping experience for those with a sweet tooth. And with demand for puzzles remaining as high as ever, Dave has also increased both the size of this section instore as well as the assortment on offer. 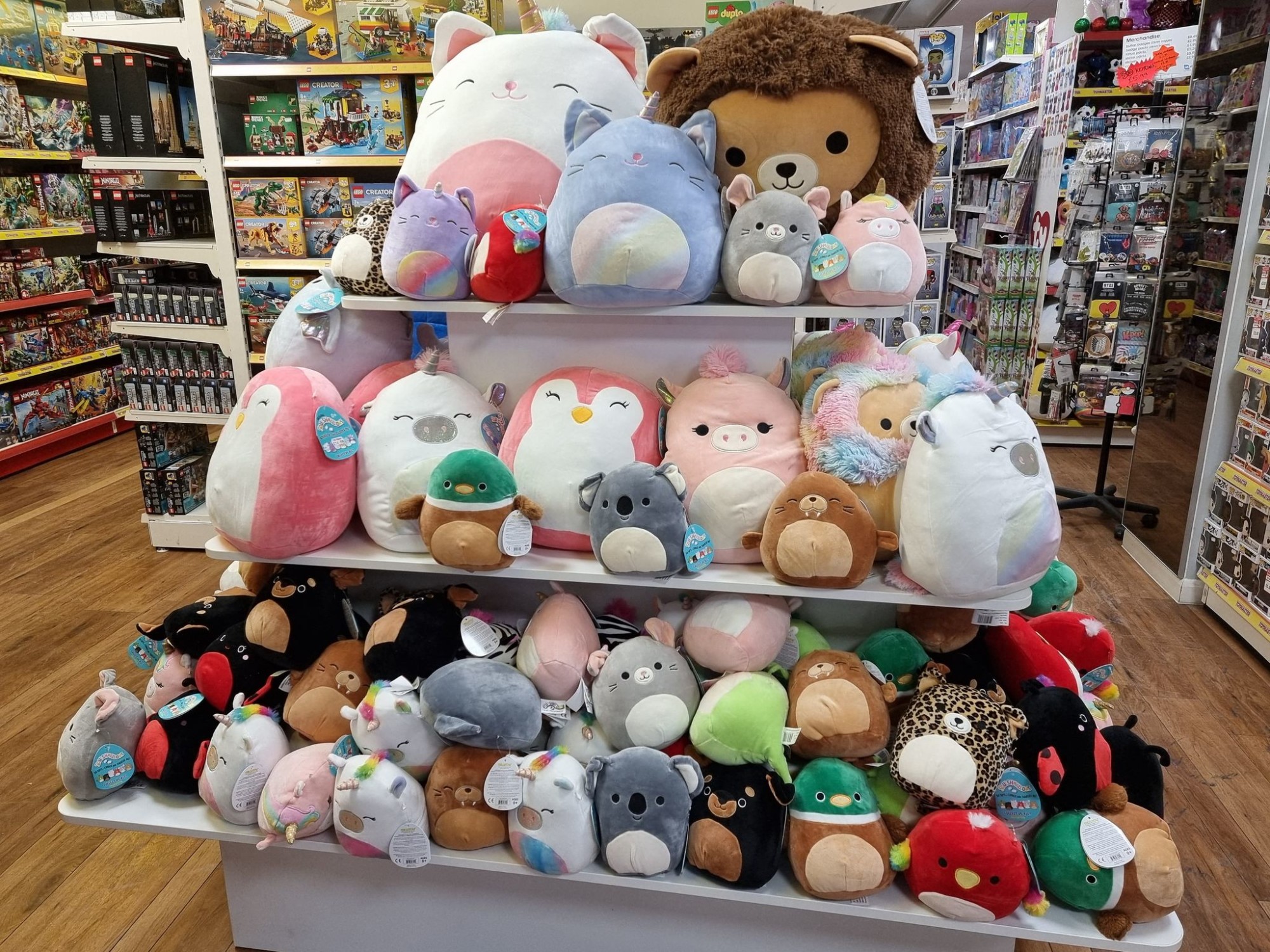 “It’s all about Squishmallows.”

“It’s all about Squishmallows at the minute though, they’re on fire!” raves Dave. “We’ve got a pretty decent assortment near the front of the store in a range of sizes. Zuru’s 5 Surprise Mini Brands has been big, while Pokémon is massive; that’s been phenomenal. I did a video on the Shining Fates expansion to let consumers know that they could order it by phone on the Friday it launched. I tell you, the phone did not stop ringing from when the shop opened until 7pm that evening.”

As some readers may be aware, Dave’s beloved mum, Carol Middleton, sadly and unexpectedly passed away the same day he picked up the keys to the new Burton store. Dave told us that his mum’s tough love approach motivated him like no one else could, and that without her – Carol actually found Dave’s previous Burton store – he simply wouldn’t be where he is today.

Dave added: “I know my mum was proud of everything I’ve done and achieved, and I think she’d really love this new shop.”

For an in-depth interview with Dave, in which he discusses the driving factors behind booming sales of trading card games, the effect of trade show cancellations on the buying scene, and how being a stone’s throw from a major competitor is a very good thing indeed, look out for the May issue of Toy World when it lands on desks and doormats in a couple of weeks.