The series will go behind the scenes at Hornby, looking at how models are designed, as well as showing the collectors who spend hours perfecting settings for their locos. 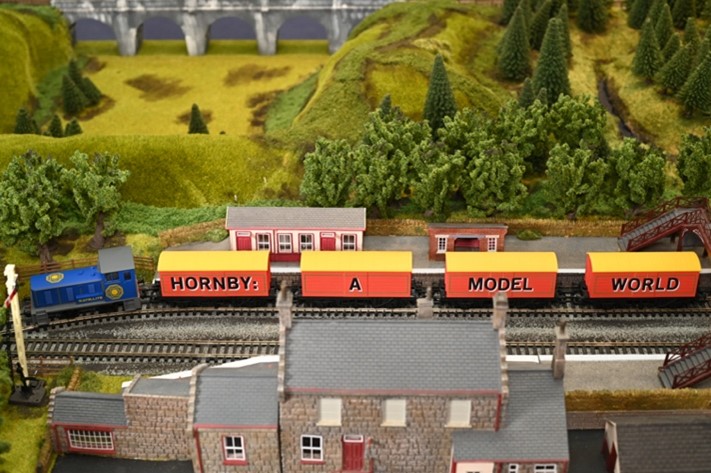 A new TV series showcasing Hornby will air next month, giving viewers and enthusiasts a glimpse into one of Britain’s best-loved model-making companies.

Hornby: A Model World will feature some of Britain’s best model layout builders, creating miniature masterpieces in their lofts and sheds, and highlight how dedicated model makers spend hundreds of hours building perfect replicas of towns, villages and landscapes as settings for their locomotives.

Based at the company’s headquarters in Kent, Hornby: A Model World is a nostalgic look at the company, home to Hornby Railways as well as the Corgi, Airfix and Scalextric brands. Viewers will also see how the dedicated design teams build new models, from century old steam engines to the latest racing cars. Each programme follows the process from the drawing board to perfect mini replicas, and the series also observes the ups and downs of the design process as the team tries to replicate the detail perfectly, whether it’s a 1930s steam loco or the stitching on a First World War fighter plane.

When Toy World first reported on the new series in April, UKTV’s senior commissioning editor, Helen Nightingale, said: “At Yesterday, we’re always on the lookout for hidden stories with fascinating history and passionate people, so we’re thrilled to work with leading factual producer Rare TV to share an exclusive behind the scenes look at Hornby, a quintessentially British institution.”

The first episode of Hornby: A Model World, from UKTV Original, will be shown on channel Yesterday on Monday 11th October at 9pm (tbc, subject to final schedules). All episodes will also be available on UKTV Play.