New sales hires for University Games and The Lagoon Group

A new national accounts manager and area sales manager have been appointed ahead of Toy Fair, where the company will launch over 70 new lines. 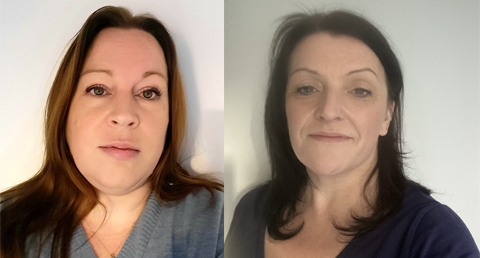 University Games and The Lagoon Group have welcomed an experienced new national accounts manager and area sales manager for South London and the South East, ahead of Toy Fair, which starts today.

Carol Bradshaw, joins the nationwide-strong sales team of the games, puzzles and gift specialists, as the new NAM, bringing a wealth of industry and specialist toy knowledge in the games and puzzles sector. With over 15 years’ toy experience, Carol started in the industry in 2007 at Green Board Games and spent the past 10 years at Bigjigs.

The new area sales manager for South London and the South East is Sharon Gardener, who previously spent 12 years at Bigjigs Toys and also brings much experience to her new role.

Mark Jones, sales director for University Games and The Lagoon Group, said the appointments would bring even greater strength and depth to the successful sales department.

“These are both very valuable additions to our existing team, with the wealth of knowledge and experience they possess from many years in the industry, it can only benefit us as we enter our next exciting stage of growth. This is a great time to be joining University Games and I’m sure that Carol and Sharon will be an integral part of the team, and our success, for many years to come,” he added.

Carol and Sharon will be at Toy Fair with the entire team (Stand E50), where University Games will be launching over 70 new lines to its portfolio of games, puzzles and gifts. New lines include a 20-strong range of 3D Puzzles from the famous and iconic Star Wars, Marvel, The Mandalorian and Disney brands, as well as a fun-packed Tom Gates range of children’s games and puzzles, new tinned games from The Purple Cow and exciting new additions to the renowned Subbuteo range, that celebrates its 75th anniversary this year. Other iconic brands in the 3D Puzzle range include Harry Potter and National Geographic and in their full glory will be no less than 45 fully assembled 3D models of some of the most recognisable characters, ships, buildings and landscapes from renowned movies and licences.