Toy World is sad to report that toy industry veteran Stuart passed away last week after a long illness. 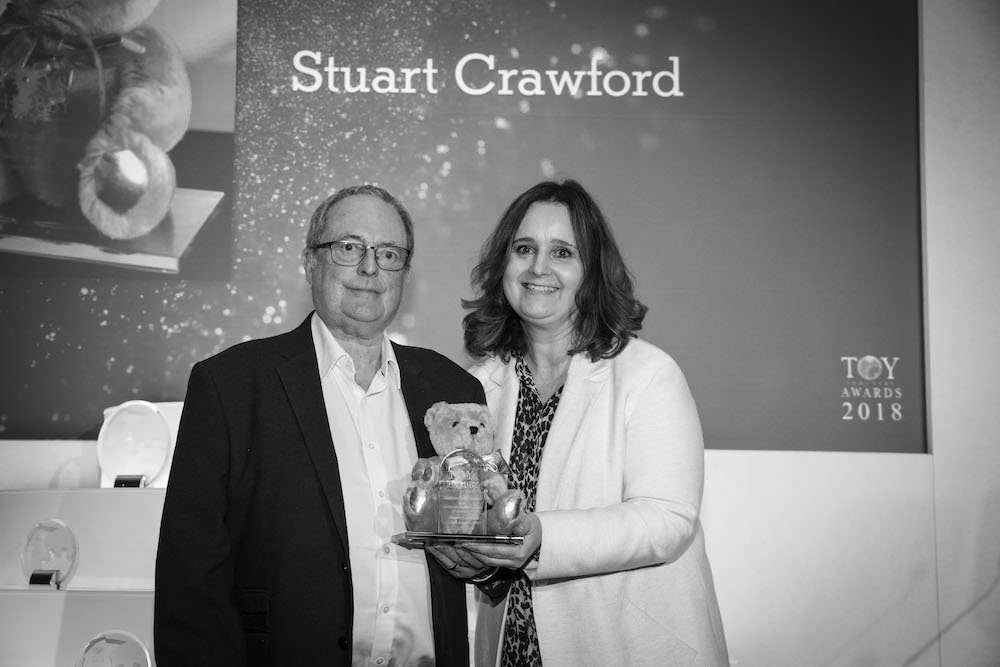 Stuart was recognised with a BTHA Golden Teddy Award in 2018.

It is with great sadness that MV Sports and Leisure reports that the popular industry figure Stuart Crawford passed away on Thursday 19th August, aged 69, after a prolonged and debilitating illness.

Stuart worked with all the major and independent retailers both past and present and was a champion of the independent retail trade in particular. He was perhaps best known for his role of national account controller at MV Sports.

Speaking on behalf of MV, joint managing director Phil Ratcliffe said: “A larger than life character who wore his heart on his sleeve; nobody had a bad word to say about Stuart. Ever popular and widely respected, Stuart was always an honourable and trustworthy ambassador for the company.”

“He was loyal to both the wider toy industry and MV, demonstrating  unwavering support to customers, agents, directors and staff,” added Phil. “Our thoughts are with his wife Marie and family. He will be very sadly missed; Stuart was such a lovely person and will be fondly remembered by everyone here.”

His contribution to the industry was recognised with a BTHA Golden Teddy Award in 2018.

There will be a private family funeral, and cards should be sent to MV Sports & Leisure Limited. 35 Tameside Drive Birmingham B35 7AG. The family has asked that donations be made to Barnados Children’s charity, via this link.

Toy World would like to add its condolences to Stuart’s family and friends at this very sad time.