Over half of Poundstretcher stores under threat of closure

More than 250 stores could close, risking 2000 jobs, as the retailer asks creditors to back CVA. 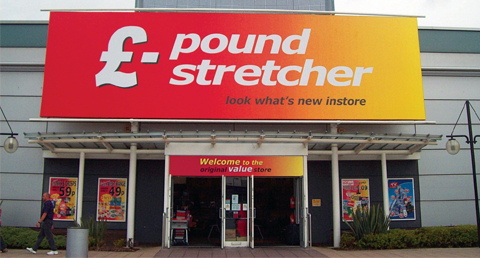 As part of a planned rescue restructure, the retailer has asked landlords and other creditors to back a creditors’ voluntary arrangement (CVA), under which the company hopes to slash rents on 84 stores by more than 30%.

If rent cuts or holidays are not agreed, Poundstretcher says that 253 outlets could close. A further 23 stores are also at risk, as the board explores putting into administration a subsidiary group which owns the properties.

Poundstretcher has 450 stores and employs more than 5,500 people in the UK but faces heavy competition from other discount retailers and the major supermarkets. Although sales rose 12% to £434m last year, in 2020 the group reported a loss of £227,000 from a profit of £2m a year before, according to accounts filed at Companies House.

The impacts to profitability over recent months, which have been described a s “significant”, have been further exacerbated by the impact of Covid-19 on footfall. Having explored a number of options, company directors have undertaken the CVA as a last resort, in an attempt to safeguard the long-term future of the business, which they believe would be more manageable with a smaller, more sustainable store estate.

Poundstretcher creditors have until July 2nd to vote on the CVA, which requires approval from those representing at least 75% of the value of the company’s debts in order to go ahead.