Record number of containers fall into the sea

According to the World Shipping Council, more containers have apparently fallen off ships over the past four months than are typically lost in a year. 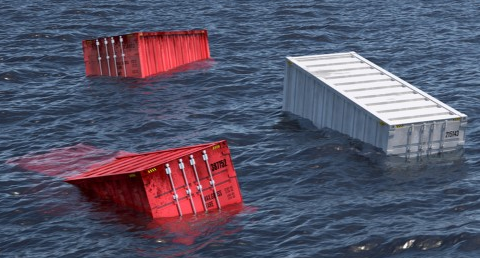 According to a report in Wired, at least 2,980 containers have fallen off cargo ships in the Pacific since November, in at least six separate incidents. Hasbro’s US operation is one of the companies which has been named as having been affected. A variety of factors have been cited, including the weather, a surge in US imports tied to the pandemic, and a shipping phenomenon known as parametric rolling.

Many shipping companies initially blamed inclement weather for the accidents. According to a statement, the Maersk Essen, which lost 750 containers while sailing from China to Los Angeles in mid-January, is said to have “experienced heavy seas during her North Pacific crossing,” while the Maersk Eindhoven experienced similar heavy weather in mid-February that contributed to a blackout in the middle of a storm, with the loss of 260 containers. The One Apus, bound for the port of Long Beach from southern China, lost over 1,800 containers during what the company described as “gale-force winds and large swells” in November. That incident is expected to prove one of the costliest losses ever.

Poor weather has been exacerbated by rising traffic to the US, where container imports increased by 30% in December, compared with the same month a year earlier. That led to a shortage of containers, and shipping industry observers have speculated that this led to shippers being forced to turn to older containers, which are more likely to have defective or corroded lashing or locking mechanisms. The situation may have been exacerbated by tired crews, stretched by the extra work to the point where they don’t pack and secure the containers as well as they would if well rested.

In addition, many ships are said to be packed full. A full container ship can carry as many as 24,000 20-foot containers, stacked five or six high. These ships are more likely to experience a phenomenon called parametric rolling, a violent motion that can send blocks of containers tumbling to deck or into the sea. In general, parametric rolling is rare. However, it is more of a problem in container ships than other vessels, because they’re designed to move goods quickly across the seas. As a result, the ships aren’t always that stable, and full vessels are even more likely to experience the phenomenon.

Most of the containers appear to have been lost between Asia and the US so far, and US regulators are said to be considering re-evaluating the rules in how containers are secured.