The launch celebrates the release of the new 9-part Netflix series Man vs Bee which landed on Netflix on 24th June. 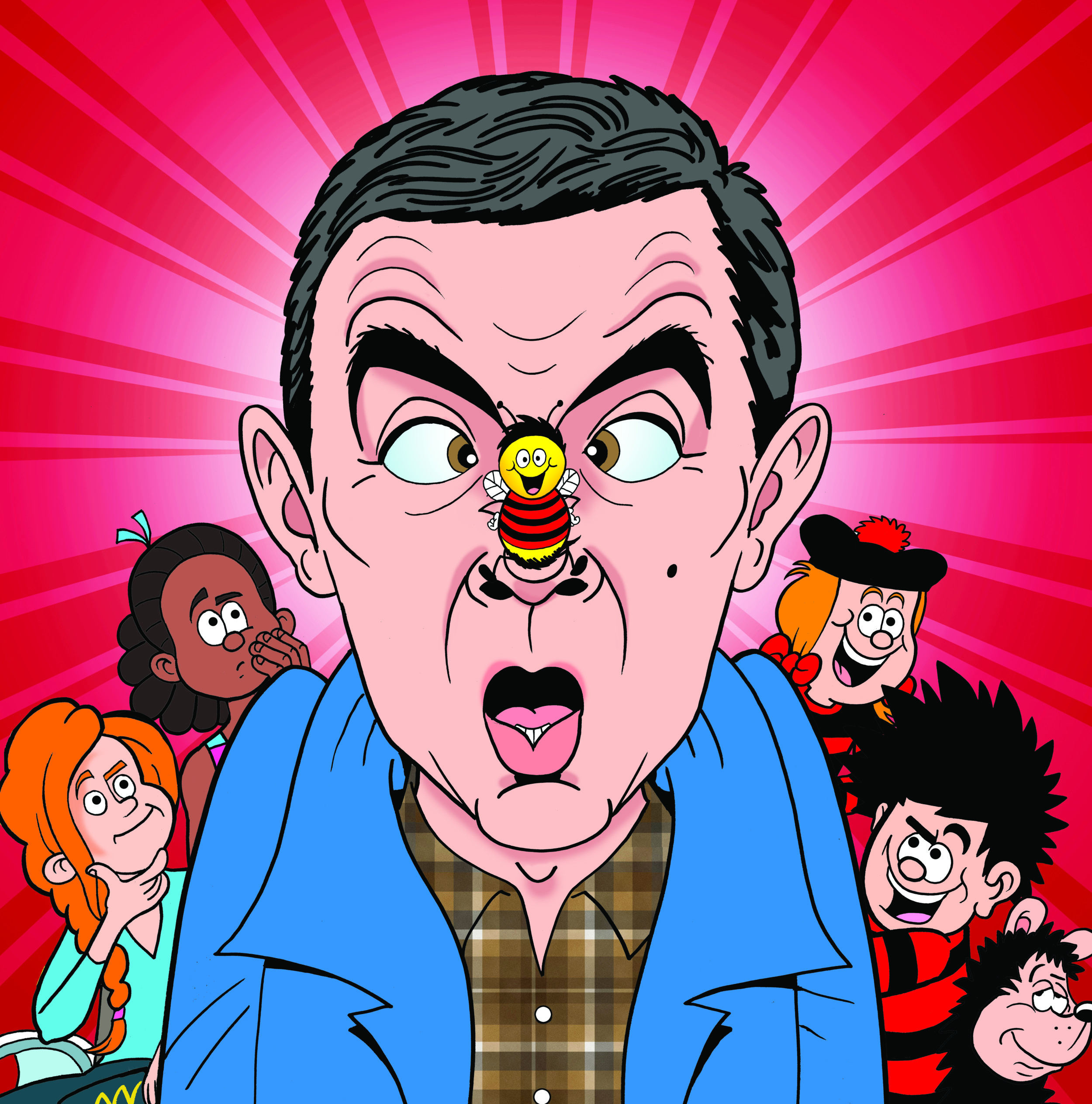 Marking the return to TV screens with his first brand-new comedy character in over a decade, the launch of the unique comic strip is to celebrate the release of the new 9-part Netflix series: Man vs Bee.

Drawn by celebrated Beano illustrator Nigel Parkinson, the British pop-culture comedy crossover stars Rowan as the series’ eponymous hero Trevor, a hapless house sitter who attempts to take care of a luxury mansion before chaos ensues after being invaded by a mischievous bee.

Inspired by his unique slapstick comedic credentials from the show, the strip transports Trevor to Beanotown. He runs into serious difficulties alongside a cast of favourite characters, including favourites such as Dennis, Gnasher, Bea (Dennis’s baby sister), Minnie, Pieface, JJ and Rubi.

In the comic strip, Rowan’s character attempts to house-sit for the Mayor of Beanotown (Walter’s  father), as the family head off on holiday. Chaos ensues as Trevor tussles with a bee whilst leaving a trail of utter devastation in their wake to hilarious comic effect.

Rowan said: “Like many British school children I was an avid Beano reader. Beano remains a unique piece of our pop-culture, and something that has been shaped by and shaped British comedic sensibilities for over 80 years. I am genuinely thrilled that my alter ego, Trevor, has been immortalised in the Beano world.”

Vanessa Andreis, franchise planning and partnerships director, Beano Studios said: “Working with Netflix to create such an iconic partnership for kids and their families has been incredible. Taking two such well-known brands and mixing in their humour and fun has created a brilliantly mischievous campaign that we’re sure kids (and big kids) will love.”

The comic strip, which launched on 17th June, is available exclusively on beano.com and gives a teaser of what’s in Man vs Bee.

Promising viewers a hugely enjoyable mix of wacky hi-jinks and physical comedy for which Rowan’s comedy characters have become synonymous, Man vs Bee is billed as ‘this summer’s much-watch family comedy series’, perfect for all ages and available on Netflix now.