Rubies brings the magic of Encanto to life with new costumes

The Encanto costumes feature Mirabel and Isabella of the Madrigal family, and come in a range of children’s sizes featuring the character’s signature dresses. 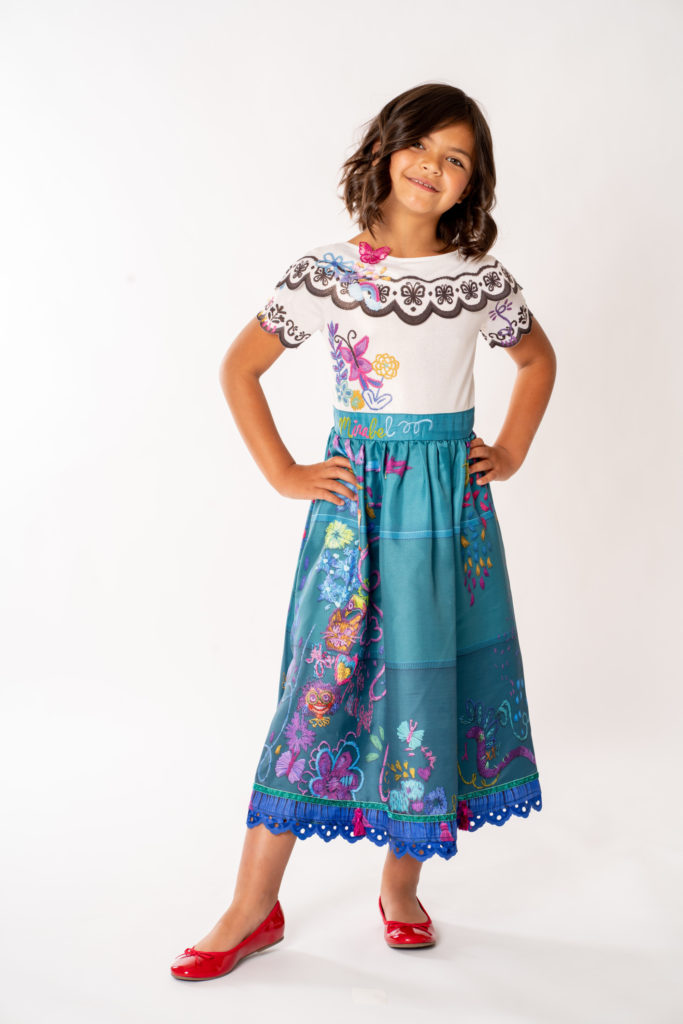 Encanto, the newest Disney animated film to be released, is making waves both at the box office and on the singles charts. The film has become a viral hit amongst generations of viewers who enjoy its Colombian setting, emphasis on family, engaging plot and catchy earworm hits. Now, with Rubies costumes, consumers can bring the magic and wonder of Encanto’s mystery to life.

Rubies has created a selection of costumes for Encanto fans around the world. The outfits feature the two main characters, Mirabel and Isabella, and come in a range of children’s sizes featuring the character’s signature dresses, in both classic for Mirabel and deluxe for the sisters.

The film was directed by Jared Bush and Byron Howard, with original songs written by Lin-Manuel Miranda. After a limited theatrical release, the film really found its footing after it was released on Disney+ in December 2021. Encanto has all of the ingredients for a hit, with the music taking over the world of Instagram, TikTok, Facebook and the wider web, particularly with break-out hit We Don’t Talk About Bruno. This has become the first Disney song to top the Billboard Hot 100 in 29 years and has also topped the UK Singles Chart.

Having grossed $228m worldwide, Encanto became the second highest grossing animated film of 2021 and is now available to stream on Disney+.

“It is incredible to see the magic of the Madrigal family touch so many hearts around the globe,” commented Aurélie Dilain-Waclawski, Rubies Licensing manager. “We all knew Encanto would be a hit, not just for its representation which is hugely important but also for its magical storytelling and viral songs. Here at Rubies, we are delighted to give the gift of a little magic to fans of the film, whether they love singing along to We Don’t Talk About Bruno or see themselves in Mirabel or Isabella.”

Rubies officially licensed Encanto costumes for both Mirabel and Isabella are available to order from rubiesuk.com.