2021 is set to be an exciting year for the Paw Patrol brand with new toy launches this spring and the release of the highly anticipated Paw Patrol film in summer. 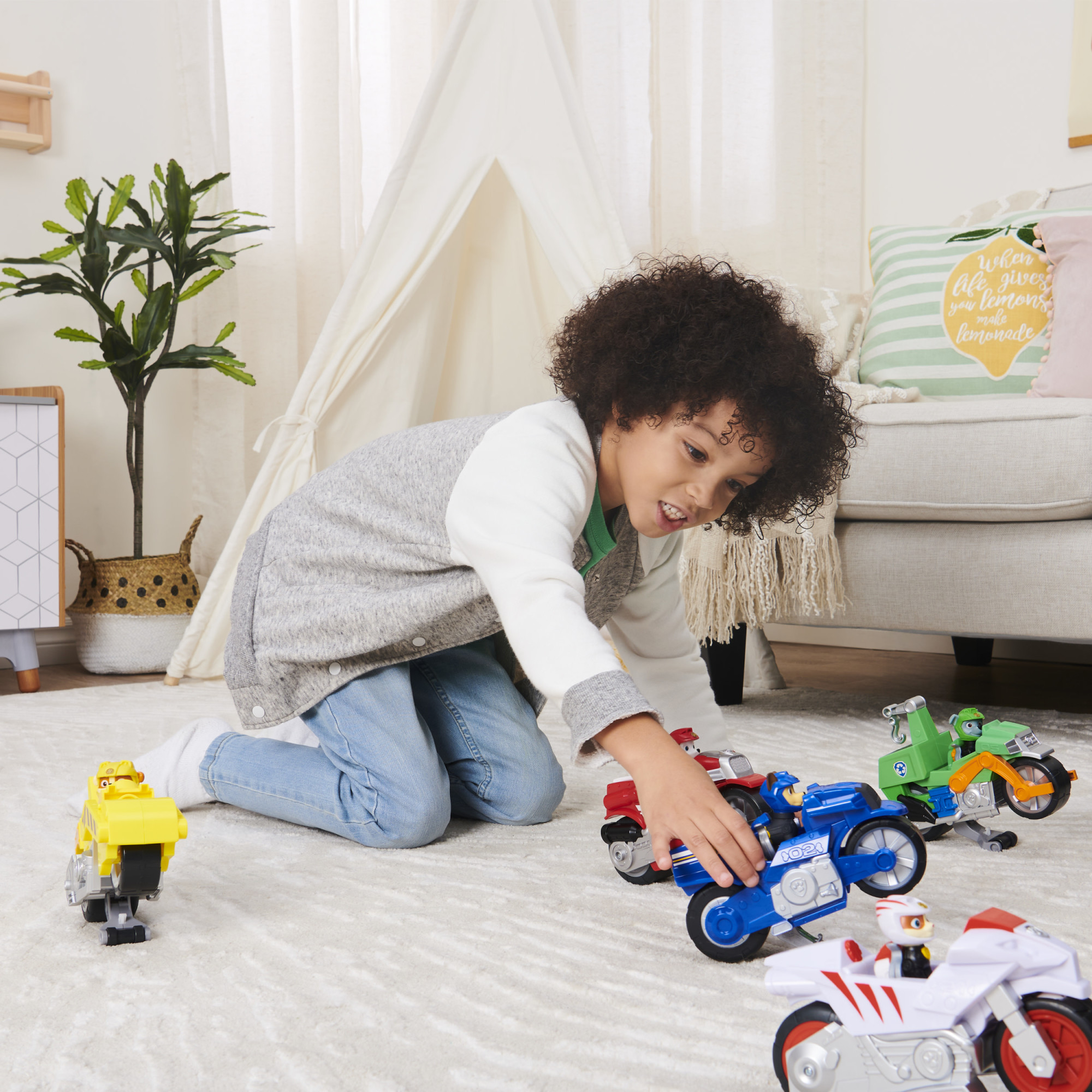 News of Paw Patrol: The Movie was unveiled last year and the release is now only a few months away. Set for release by Paramount Pictures in August, the film is based on the popular animated Nickelodeon series that first hit screens back in 2013 and will be voiced by a star-studded cast including Kim Kardashian, Jimmy Kimmel, Tyler Perry and Dax Shepard.

In addition to the film premiering this summer, Spin Master’s Paw Patrol brand has a raft of exciting launches underway for spring. Following the huge success of the Dino Rescue range last year, the popular pre-school brand has now introduced a new range of figures, vehicles and playsets with its new Moto Pups line. The new range has launched alongside the latest season of Nick Jr’s Paw Patrol programming, which hit screens last month.

Within the Moto Pups range sit six unique motorcycles and refreshed outfits for all of the brand’s beloved heroes. The themed motorcycles feature authentic graphics and details, large wheels and a pull-back function that allows for performing wheelies and paw-some stunts. Spin Master has also introduced the new Moto Pups Mini Figures to its roster of Paw Patrol toys. Each collectible figure comes in an Adventure Bay Tower container and in true collectible fashion, it’s a surprise which pup is inside. There are seven pups to collect, including the latest addition to the team, Wildcat. The main highlight from the range is the epic new Moto Pups HQ Play Set which features exciting sounds, a motorcycle launch ramp and looks just like the Paw Patrol’s action-packed headquarters from the show.

The extensive collection also includes the Rocky Reuse It Truck, which launched at the start of the year. Equipped with rolling wheels and moving arms, the unique recycling-themed truck makes it easy to play out imaginative missions with Rocky and the rest of the Paw Patrol team.

Becca Hanlon, senior brand manager at Spin Master UK, commented: Paw Patrol really continues to shine in the pre-school space, not only have we had the exciting spring launches this year with Moto Pups & Rocky’s ReUse It Truck, but with Paw Patrol: The Movie set to be a huge summer hit, it really is an exciting year for Paw Patrol.”