Rubie’s has shared some important staffing changes on the Rubie’s Masquerade EMEA and Australia team. 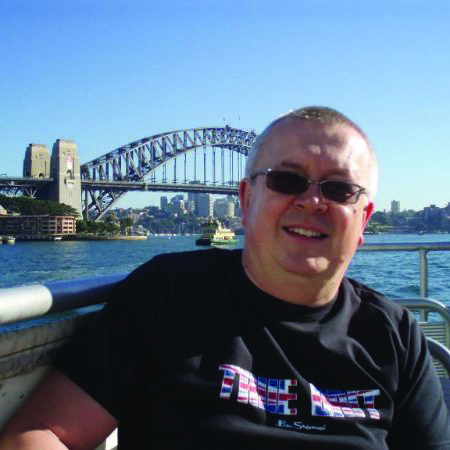 Following speculation regarding the departure of Chris, Marc Beige, president and CEO of Rubie’s Costume Co., has released a statement to address the news.

It reads: “At the end of February, Chris Isitt will be leaving his role as vice president of EMEA & Australia and managing director of Rubie’s Masquerade. During his 22-year tenure at Rubie’s, Chris built an incredible team, oversaw major licensing portfolio acquisitions, and overall set us on a path to success in both the UK and European markets. He will always be a treasured member of the Rubie’s family, and we wish him continued success in all of his endeavours.

It is with great pleasure to announce the appointment of Peter Warton as the new executive director of Rubie’s Masquerade and International Licensing. Currently, Pete serves as the chief executive officer of Rubie’s Deerfield, and previously served as the managing director of Deerfield Pty. He is a proven leader with expertise in motivating individuals and teams, building strong partnerships with licensors and customers, and expanding operations. Under Pete’s leadership, Rubie’s Deerfield has grown exponentially, and we are confident that he will see the same success in his new role.

Pete will be spending the majority of his time in the UK to work closely with Holly Oldham as the managing director of Rubie’s Masquerade to continue to grow the business in addition to his responsibilities at Rubie’s Deerfield. Pete will also be working with Mike O’Connell at Bristol Novelties and Graham Gardiner’s international sales team as we continue our ongoing initiatives to evolve and transform the business in the new decade. Pete will be in the Wallingford offices beginning in February so please join us in welcoming Pete to the Rubie’s Masquerade team.

The Rubie’s family looks forward to continuing to foster its relationships with customers and licensors as well as this next chapter of ambitious international growth and development.”