The US retail giants have both announced digital sales events geared to give Amazon’s Prime Day a run for its money. 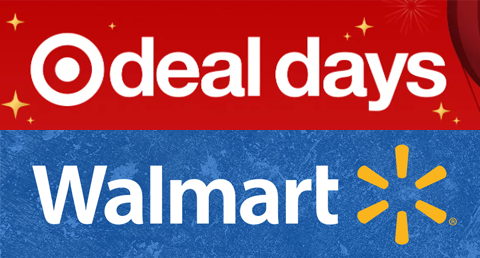 Target and Walmart have unveiled details for their upcoming online sales events. Both start on 20th June, the day before Amazon’s highly anticipated Prime Day, which this year starts earlier than ever before on 21st June and will last for 48 hours.

Target Deal Days will last three days, offering thousands of online deals on everything from electronics and homewares to essentials, toys, beauty and grocery. New deals will be added each day of the sale, including special limited-time deals. Not only do consumers not have to be Target members to take advantage, perks such as same day fulfilment options including Drive Up, Order Pickup, Same Day Delivery and 5% digital gift cards discounts, are also available.

Walmart‘s event, Deals for Days, covers categories including toys, baby, clothing and accessories, office, sports and outdoors and electronics. The retailer has said shoppers can find ‘Black Friday like savings’ in multiple categories, including exclusive items and products from marketplace sellers.

Though not known for certain, the timing of both events seems geared towards spiking Amazon on sales by securing consumer dollars before Prime Day starts. Last year, when consumers were inclined to shop more online, Prime Day cashed in an estimated $10.4 billion worldwide, according to Digital Commerce 360. However, Prime Day is only available to Prime members, which outside of the initial 30-day free trial period costs £7.99/$12.99 a month. The Target Deal Days event and Walmart’s Deals for Days are both open to all shoppers, which may therefore tempt consumers away from Amazon and towards the US retail chains.

Last year, due to the effects of the pandemic, Prime Day took place in October, but sellers reported that it was a more lacklustre affair than analysts had predicted, with website traffic data and muted language surrounding the event reflecting the retailer’s disappointment. It was suggested that the timing of the event affected sales, with an autumn date potentially cannibalising Christmas sales. Elsewhere, a ‘shop local’ message promoted by some campaign and industry groups may have had an impact.

This year, in order to support smaller companies in the run up to Prime Day, Amazon is offering any Prime customers who spend £10 on small business products between 7th and 20th June a £10 credit to spend during the sale.