The bumper April issue of Toy World is out now

The April edition of Toy World contains all the latest news and product information, as well as a number of exclusive big-name interviews. 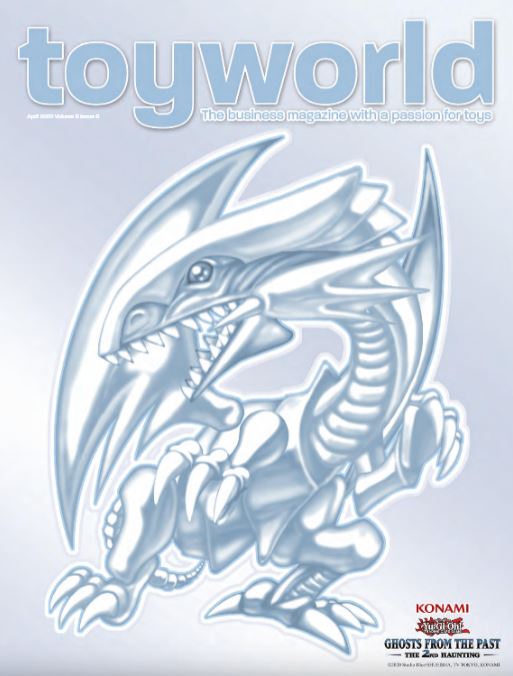 The 204-page issue of Toy World is the biggest ever April edition that we have published and contains our annual features on Pre-School Toys, Games & Puzzles, and Pocket Money Toys & Collectibles, taking an in-depth look at the three categories with the help of leading suppliers in each.

John Baulch and Rachael Simpson-Jones sat down with the Bandai UK team for an exclusive 40th anniversary interview detailing how the company continues to evolve through its products and culture. Rachael also sat in on a fascinating call between Midco Toys’ Dave Middleton and Learning Express’ Rick Derr, reporting on how the two experienced toy retailers operate within their respective markets – and their concerns for the future.

Sam Giltrow spoke to KidsKnowBest’s CEO and co-founder Joel Silverman about the data-led ad agency’s success to date and how social and digital is forming an ever-bigger part of the marketing mix as consumers shift away from linear TV. Tristan Brooks, managing planner at Havas Entertainment, also tackles the subject of TV, explaining how kids’ viewing habits are shaping the advertising landscape this year.

Little Brian, meanwhile, took part in a Q&A about its decision to begin selling directly into UK retailers and shares a first look at how its new rebrand and mascot will look.

Working in partnership with Universal Pictures, Toy World also brings readers a special supplement on the upcoming blockbuster Jurassic World: Dominion, taking a look at the licensed toys and games that will be filling retailers’ shelves ahead of the hugely anticipated movie release.

The April issue also includes regular features such as Talking Shop, NPD Insight and Allegedly, plus a carefully curated selection of the latest news from the toy industry.

Work is already underway on our May Issue, which will have a strong focus on licensing in the form of our Hot Properties and Character Licensed Merchandise features, plus a preview of the Toymaster May Show and the Las Vegas Licensing Expo.