The group is calling for new and strengthened laws to tackle the sale of dangerous or counterfeit toys on third-party online marketplaces. 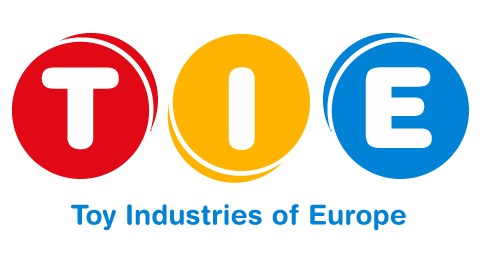 A report out today – EU Toy Safety: the problem of unreputable sellers on online marketplaces by Toy Industries of Europe – shows that of almost 200 toys bought from third party sellers on four online marketplaces in Europe, 97% did not comply with strict EU toy safety rules and 76% of those tested had defects that made them dangerous for children.

Issues with the toys varied, but included the risk of choking from small toy parts that detached easily, harmful chemical levels that were several hundred-fold over the EU legal limit and risk of injury from sharp points.

The toys purchased were non-branded or brands not commonly recognised in the EU.

TIE says it sees insufficient responsibility taken by online marketplaces and lack of clear legislation as the major enablers of the problem. With eCommerce proving so vital to economy and society, every effort needs to be made to build consumers’ trust in buying online. Online marketplaces host unverified and disreputable third party sellers as part of their business models rather than weeding them out, says the report, and are making money from customers buying dangerous toys while compromising the safety of children.

“A fundamental change is that the EU – and consequently national governments – must recognise the role of online marketplaces in the supply chain. They are comparable to an importer or a distributor and should be subject to comparable rules. The current lack of clarity on their role means they can – and do – sidestep their responsibility for the safety of toys sold on their platforms,” says Catherine Van Reeth, director general of TIE. “On the other hand, reputable toy makers invest heavily in ensuring that their products comply with all regulation and do not place children in danger.”

EU laws expected to be proposed in 2020 have the potential to force online marketplaces to do more to prevent, react to and screen disreputable seller activity.

All four online marketplaces were presented with the report findings. The level of responsiveness varied but was deemed lacklustre across the board, according to the report. To date, two of the marketplaces have not sent any notification to customers who bought the defective or non-compliant toys. After more than two months, a third had sent just 12 communications out of 31 toys reported as potentially dangerous, and the notifications did not specify why the toys were dangerous. The fourth marketplace contacted some customers even later, but did give quite detailed information and guidance.

While three out of four marketplaces quickly removed the listings TIE identified as unsafe and illegal toys, toys that appear identical, and most likely are, remain widely available. As of June, they are still on sale on the four marketplaces. This, TIE says, is further proof that the obligations of online marketplaces need to be written into law.

The TIE report follows a 2019 report from the British Toy and Hobby Association which conducted a similar exercise for the UK market.