Based on The Oatmeal’s viral comic, Mantis is an easy-to-learn, quick-to-play card game for both families and adults. 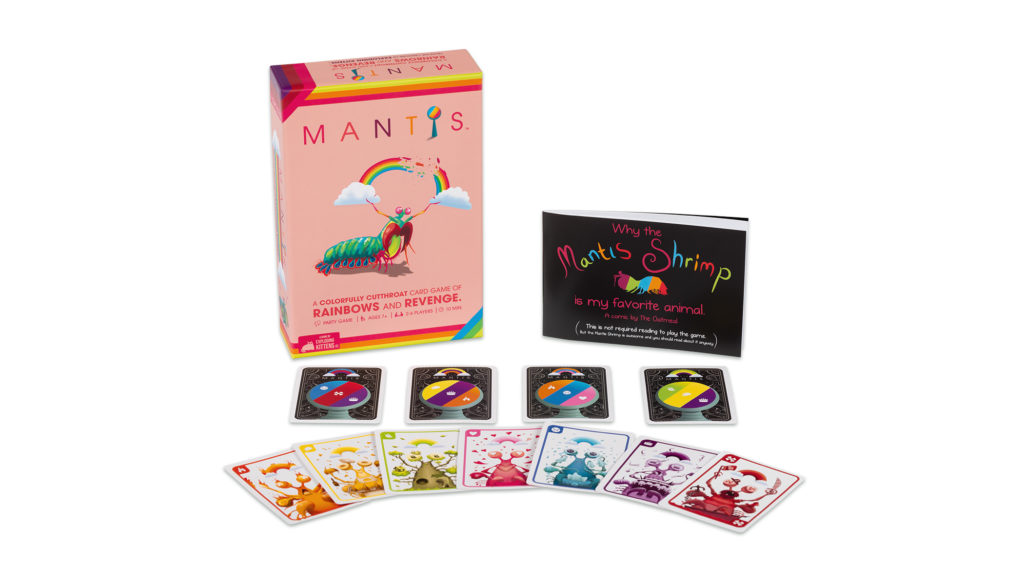 Hit tabletop game creator, Exploding Kittens, has announced the launch of its new game, Mantis. Derived from the popular comic ‘Why the Mantis Shrimp is my new favourite animal’ by the Eisner-award winning cartoonist Matthew Inman, fans can enjoy a vibrant new family game that the company says is ‘quick to learn and impossible to stop playing’.

“With simple gameplay and layers of subtle sabotage, Mantis is designed for both kids and adults,” explained Matthew Inman, creator of The Oatmeal and co-creator of Exploding Kittens. “But parents, be warned, your kids will probably beat you, and they’ll want to keep beating you over and over again.”

Best for ages seven and up, Mantis is a colourfully cutthroat card game of rainbows and revenge with only two rules: steal or score. Each player starts with four cards face up, so the entire group of two to six people can see. Even though the cards in the draw pile are faced down, the back of the cards have colourful clues as to what is on the other side. During each turn, players look at the top card of the draw pile and decide whether to steal matching cards from an opponent or score all of the matching cards in hand. The first player to get 10 or more points wins.

Following A Game of Cat and Mouth winning Game of the Year at the recent TOTY awards, Mantis promises another exciting dose of rainbows and colour to excite fans this spring.

For more on the new game, check out the video below.