It is reported that the deal will see the children’s digital media and entertainment business change hands for around €1b. 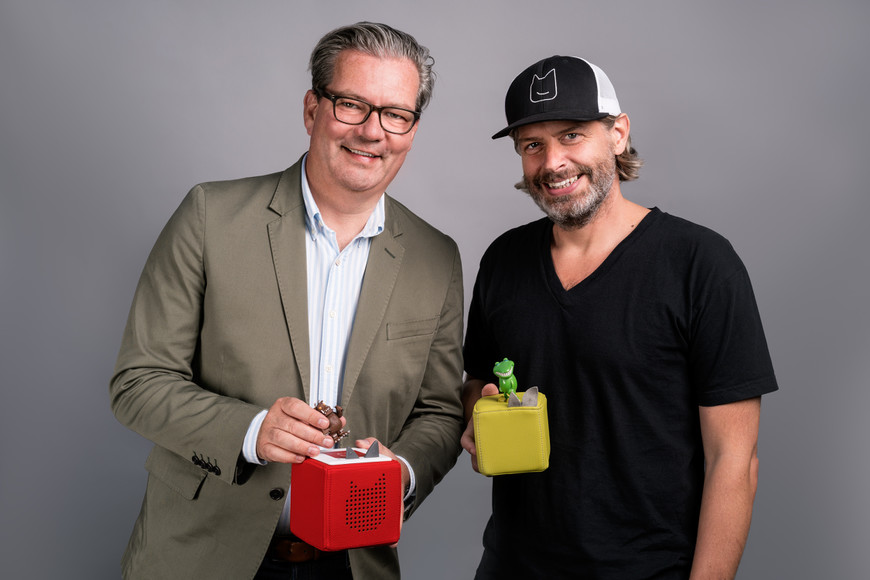 German blank cheque firm 468 SPAC has entered exclusive negotiations to buy Boxine, the company behind the Tonies brand, for about €1b ($1.2b), according to Reuters.

It reports that 468 SPAC has signed a letter of intent that includes raising €100m through private investment in public equity (PIPE) for Boxine, the children’s digital media and entertainment business which produces Tonies, the screen-free audio entertainment system for ages three and up.

German company Boxine was started in 2016 by Patric Faßbender and Marcus Stahl (pictured), two fathers who came up with the idea for the Tonies, Toniebox and Creative-Tonies. Since its initial launch, Boxine has forged partnerships with publishers of internationally recognised children’s books such as Julia Donaldson’s The Gruffalo, as well as licensed stories and characters from The Walt Disney Company and, more recently, pre-school favourites such as Bob the Builder and Paw Patrol.

The €1b price is based on a post-money valuation, or the value after new capital injections from investors.

Reuters reports that 468 SPAC was founded by German entrepreneurs with ties to Berlin startups incubator Rocket Internet, which produced some of Germany’s leading listed tech firms such as Delivery Hero, Zalando and Hellofresh.

468 SPAC’s co-founders are Ludwig Ensthaler, who previously worked at seed investor Global Founders Capital and US-based software entrepreneur Florian Leibert. They launched 468 SPAC 1 SE, the special-purpose acquisition company (SPAC) they are sponsoring, in April and raised €300m. SPACs are shell companies that raise funds in an initial public offering with the aim of merging with a private company, which becomes public as a result, providing an alternative to traditional IPOs.

468 SPAC’s merger with a target company is the third such deal in Germany after German air shuttle startup Lilium’s deal with Qell in March and Signa Sports United’s recent merger with Yucaipa.