The 1969 Volvo P1800 Gasser has been reimagined as an official Hot Wheels die cast and will be on sale in over 150 countries. 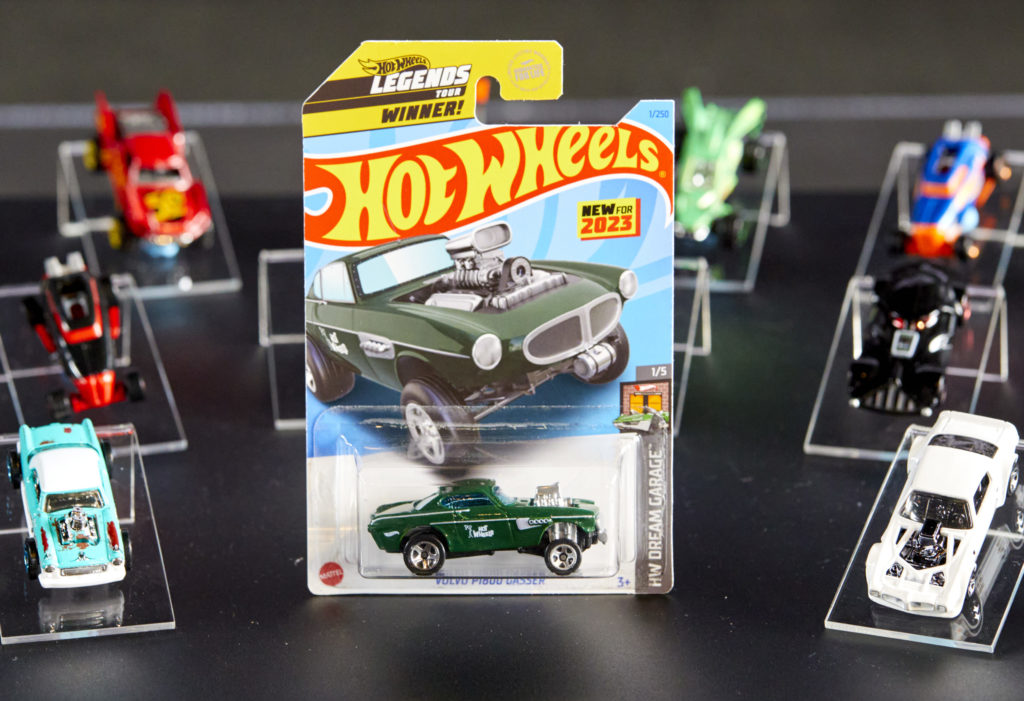 Mattel has debuted the official Hot Wheels 1:64-scale die-cast of the 2021 Hot Wheels Legends Tour winning 1969 Volvo P1800 Gasser built by Lee Johnstone of the United Kingdom. The first international Tour winner, Lee and his daughter, Victoria Upham, attended a global unveiling ceremony in New York City, where their family’s passion project was officially inducted into the Hot Wheels Garage of Legends, a collection of the brand’s most iconic and celebrated designs existing both in 1:64th and life-sized scale.

A 71-year-old motor mechanic, Johnstone restored and modified his 1969 Volvo to become a real-life track star, which he races with his wife and three daughters. A winner on and off the track, the P1800 Gasser emerged victorious from a historic 25-stop international tour spanning five continents, joining previous champions including the inaugural 2018-winning 2JetZ, 2019-winning The Nash and 2020-winning 1970 Pontiac Firebird, as the next permanent fixture in Hot Wheels history.

The announcement was made by Ted Wu, vice president and Global head of Design for Vehicles at Mattel, at the legendary Classic Car Club Manhattan prior to the start of the historic fifth annual Hot Wheels Legends Tour presented by Mobil 1. The epic space was reimagined to showcase dozens of examples of how Hot Wheels has influenced culture, ranging from high fashion to NFTs.

The 2022 Tour kicks off with virtual livestreams in New Zealand and Australia in April, followed by the first North American live event in Miami, on April 30th. The UK leg of the competition will run from June to October, with entry details to be announced in the coming weeks.

“The Legends Tour began in 2018 as a way to celebrate and engage the car builder community around the world,” said Ted Wu. “Lee Johnstone’s 1969 Volvo P1800 proved to be a truly awe-inspiring Gasser interpretation that captivated the entire Hot Wheels team. As the first international Legends Tour winner, we can’t wait to share his dream with Hot Wheels fans in more than 150 countries around the world.”

The 2022 Legends Tour will culminate in November with a livestreamed Global Grand Finale event to crown a historic fifth champion. As in the past, all fan car submissions throughout the Tour will be judged on the basis of creativity, authenticity and garage spirit.