Paw Patrol: The Movie will premiere in August and will also feature a new original song performed by Adam Levine. 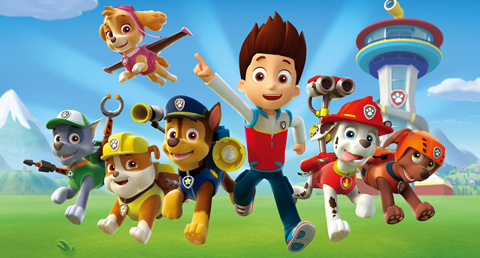 The trailer has been unveiled this week, to much anticipation from young fans of the franchise, and can be viewed below.

Spin Master Entertainment has also announced that the movie will feature an original song, entitled “Good Mood” and written By Shellback, Savan Kotecha, Oscar Görres and Adam Levine. The song will be performed by the front man of multi-Grammy Award-winning band, Maroon 5, who will lend his characteristic falsetto to the upbeat and light-hearted track.

Paw Patrol: The Movie is the first of several feature films in the works by Spin Master Entertainment.

In addition to the film premiering this summer, Spin Master’s Paw Patrol brand has a raft of exciting launches underway this year. Following the huge success of the Dino Rescue range last year, the popular pre-school brand has introduced a new range of figures, vehicles and playsets with the new Moto Pups line. The new range launched alongside the latest season of Nick Jr’s Paw Patrol programming, which hit screens last month..

Becca Hanlon, senior brand manager at Spin Master UK, commented: “Paw Patrol really continues to shine in the pre-school space, with Paw Patrol: The Movie set to be a huge summer hit, it really is an exciting year for Paw Patrol.”

Posting on LinkedIn, Phil Hooper, commercial director UK at Spin Master, said: “We’re so excited for the release of Paw Patrol: The Movie in cinemas from August. The movie looks amazing and sure to be a big hit. Paw Patrol is on a roll!”

The new trailer can be viewed here: