Scaffer is a unique STEAM toy that gives kids the freedom to build and play their way. 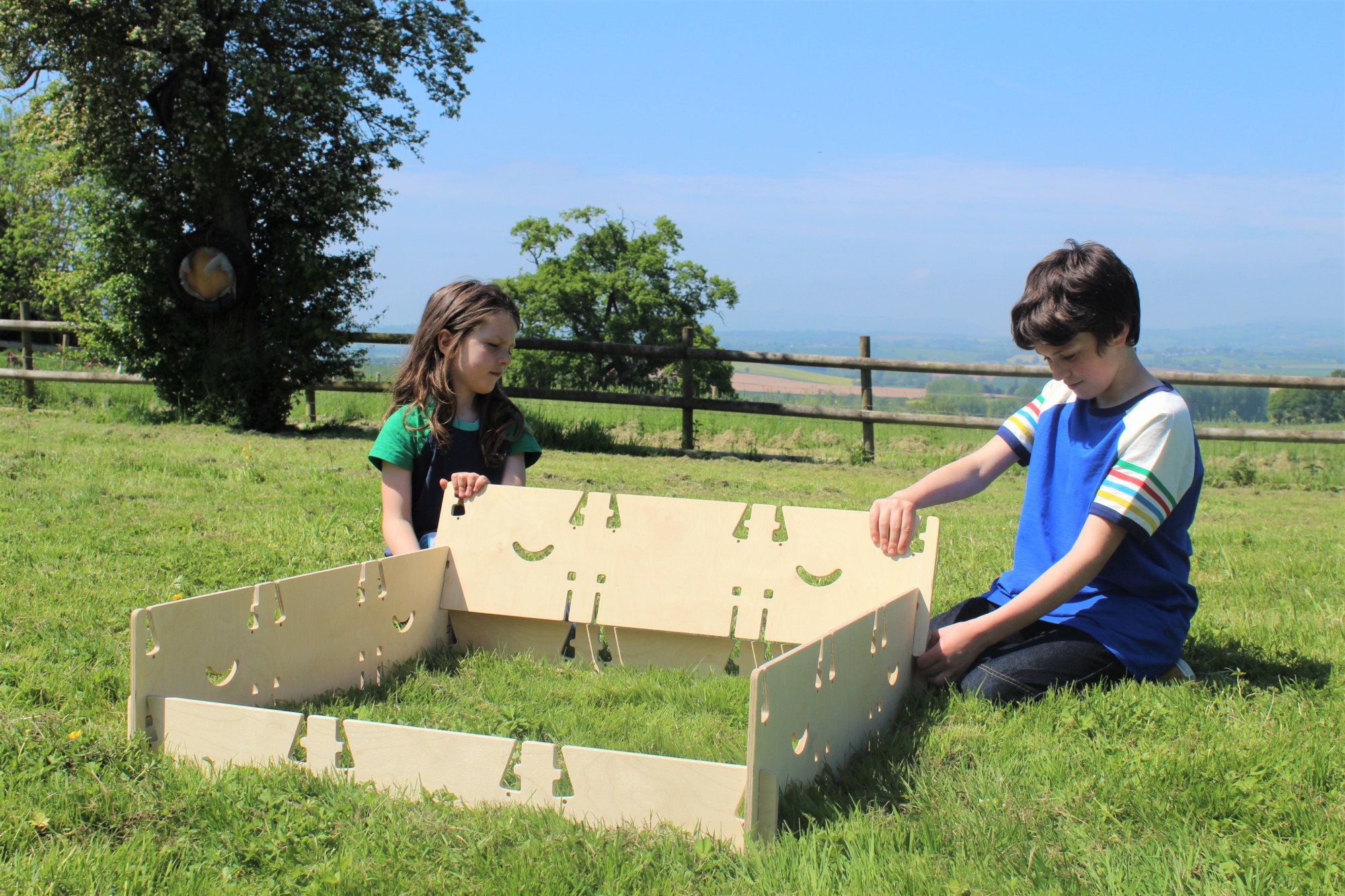 Scaffer, which takes its name from the trade term for someone who builds scaffolding, is a completely unique fully safety-tested system of interlocking boards, precision cut from the company’s signature birch plywood and designed to be assembled without tools or fixings, enabling children to build freely and independently. Scaffer is so unique it has a patent pending and it has already been shortlisted in the Junior Design Awards.

Construction is the ultimate example of open-ended play, challenging kids’ critical thinking and reasoning skills as well as their imaginations. A STEAM toy, Scaffer gives children the freedom to build what they want, how they want, developing their hands-on exploration, problem solving, mathematical, deep thinking and teamwork skills while encouraging their imagination to run wild. 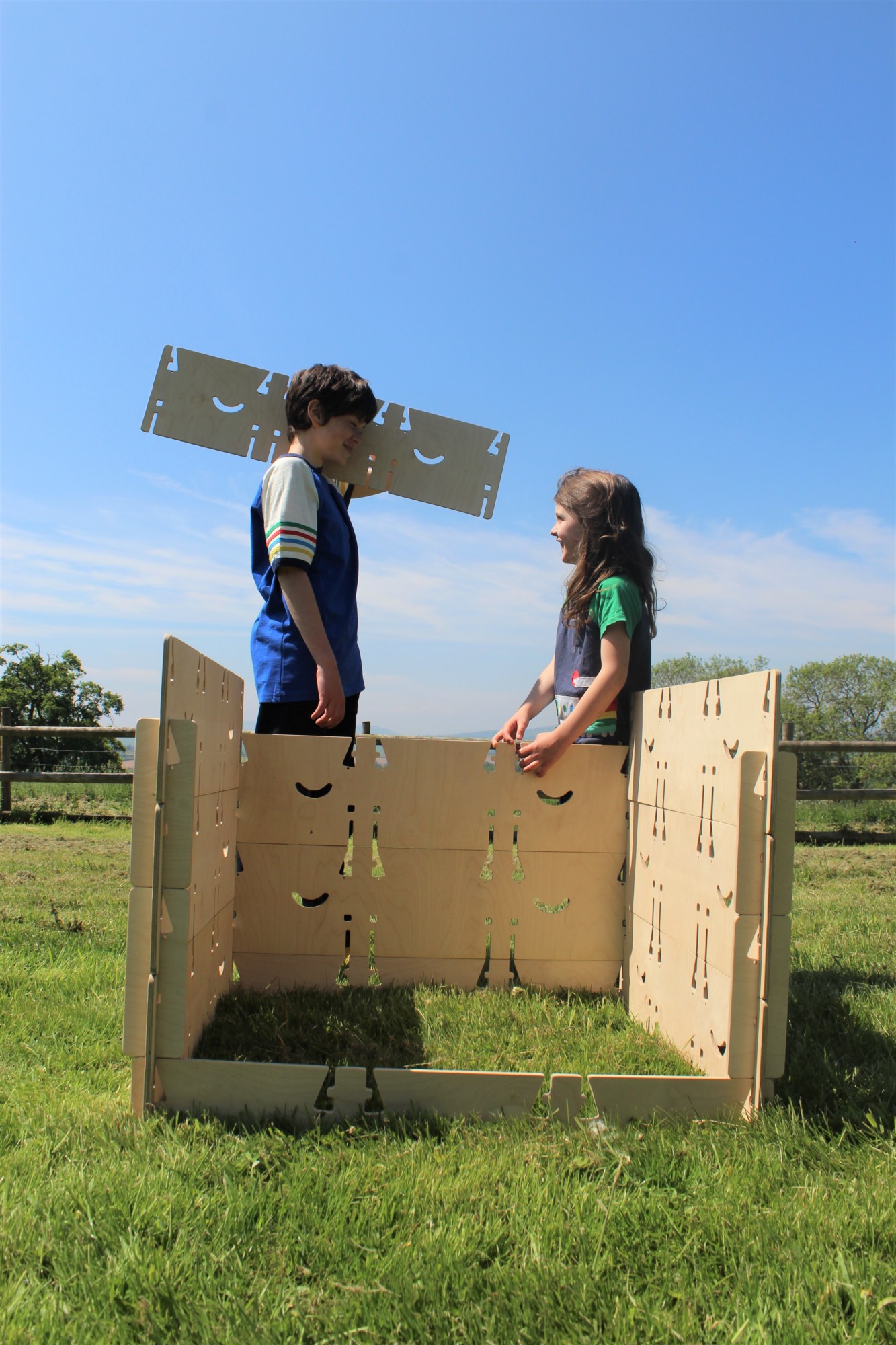 The Sawdust & Rainbows team, headed up by founder and qualified engineer Rosie Hughes, spent two years designing and perfecting the interlocking system, which features a series of shaped notches that allow the boards to simply ‘slide and tilt’ into place, with no tools or fixings required.

The entire system is based on just four panel sizes and allows children to build crate-style structures complete with doors, windows, a roof and even castle battlements for hours of imaginative play.  Each panel features two ergonomically-shaped hand holds, making it easy for kids aged six and overs to grip, carry and position the boards by themselves, delivering an open-ended play experience that is educational, rewarding and fun.

Rosie, who launched Sawdust & Rainbows from her garden shed after building her first ever Pikler-style climbing triangle for her son, says: “Scaffer’s interlocking connections have been a labour of love for us over the past two years, but we’ve developed a system that allows kids to work it out and build anything they like. When they’re finished, it can be taken down and stored away in its own wooden crate, taking up minimal space when not in use.” 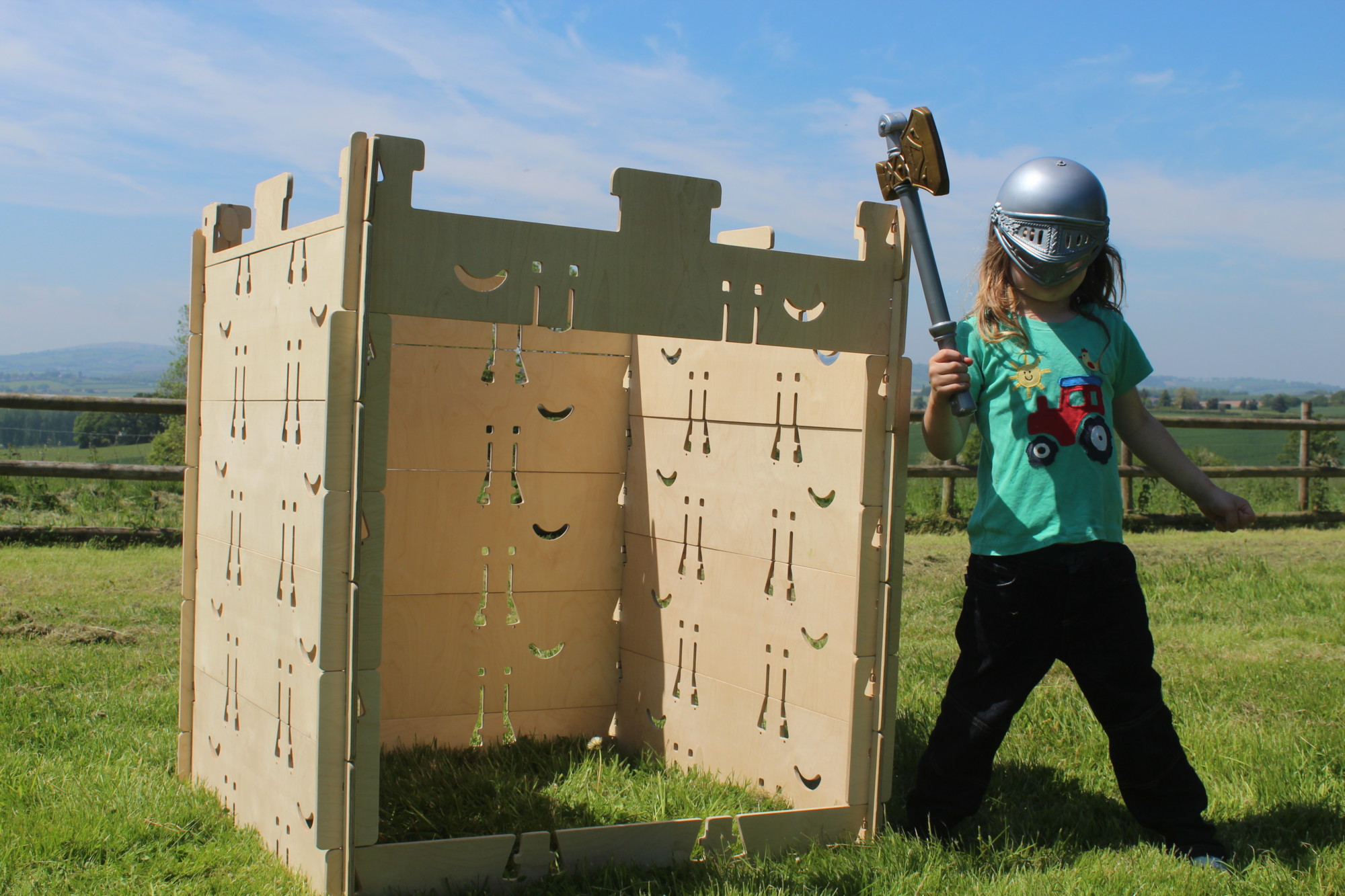 Scaffer is available in a range of kit sizes, including the Starter, Mega (pictured) and Ultimate kits plus three add-on kits for additional versatility.  The Starter kit contains 26 individual panels which is enough to build one module while the larger kits have more panels and can build up to four cubes, with the addition of some extras. All Scaffer kits are supplied in a wooden storage crate, and the system takes up next to no space when not in use. For every Scaffer sold, Sawdust and Rainbows will plant a tree through its partnership with Just One Tree.

To find out more about the sawdust & Rainbows Scaffer, visit: www.sawdustandrainbows.com/scaffer.