The Centre for Retail Research has found that nearly 14,000 stores have permanently shuttered in 2020. 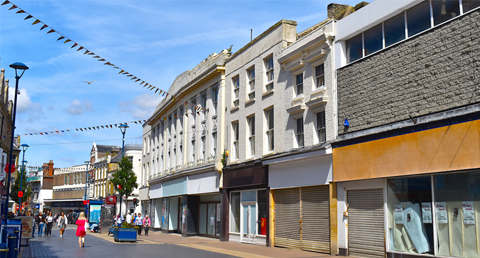 Permanent store closures are up +24.8% on the same period last year, according to the Centre for Retail Research, which has also found that non-food retailers have so far lost around £9b in sales.

The news comes as analysis by the consultancy Altus Group indicates retail space may ultimately have to be repurposed in order for landlords to keep up with rent payments. According to the research, 38% of executives have already been switching their retail properties to other uses, while a further 57% were considering doing the same. A shift to mixed-use properties is a possibility for many retailers, which Altus says will probably offer a ‘community type focus’.

Professor Joshua Bamfield, a director at the Centre for Retail Research, believes at least 12.5m m2 of a total 125m m2 of retail floorspace will have to be altered. “There is no alternative to repurposing,” he said. “As much as 10% of retail floor space might need to be repurposed in the short to medium term, but could be much higher in major cities eventually.”

A combination of lockdowns, lower consumer footfall and a dramatic shift to online shopping have hit the high-street hard, and there are fears a second national lockdown could spell major trouble for those retailers that managed to weather the first. The Covid-19 pandemic has seen shoppers take to the internet like never before, resulting in a 40-50% growth in online shopping, according to IMRG, the industry body for online retailers. Even before the pandemic, in the first couple of months of 2020, online sales were reportedly up 5% compared to the same time last year. A spokesperson for the IMRG has warned that the retail industry can expect an online shopping increase of around 30% during the Christmas shopping season, and says that if stores are once again forced to shutter this may soar to 50%.

The challenges facing retail tenants and landlords have also impacted workers, with some 125,000 job losses in the retail industry so far this year, and more likely still to come.

Business rate payments were paused this year, easing some financial pressures on struggling businesses, but Chancellor Rishi Sunak’s latest announcement didn’t see this pause extended. Instead, he urged business to focus only on ‘viable’ new jobs, and revealed a new top-up scheme for workers unable to carry out their roles due to the latest lockdown restrictions.