Launching at NFT.NYC, Cool Cats has joined forces with Toikido to bring the Cooltopia universe to life at retail. 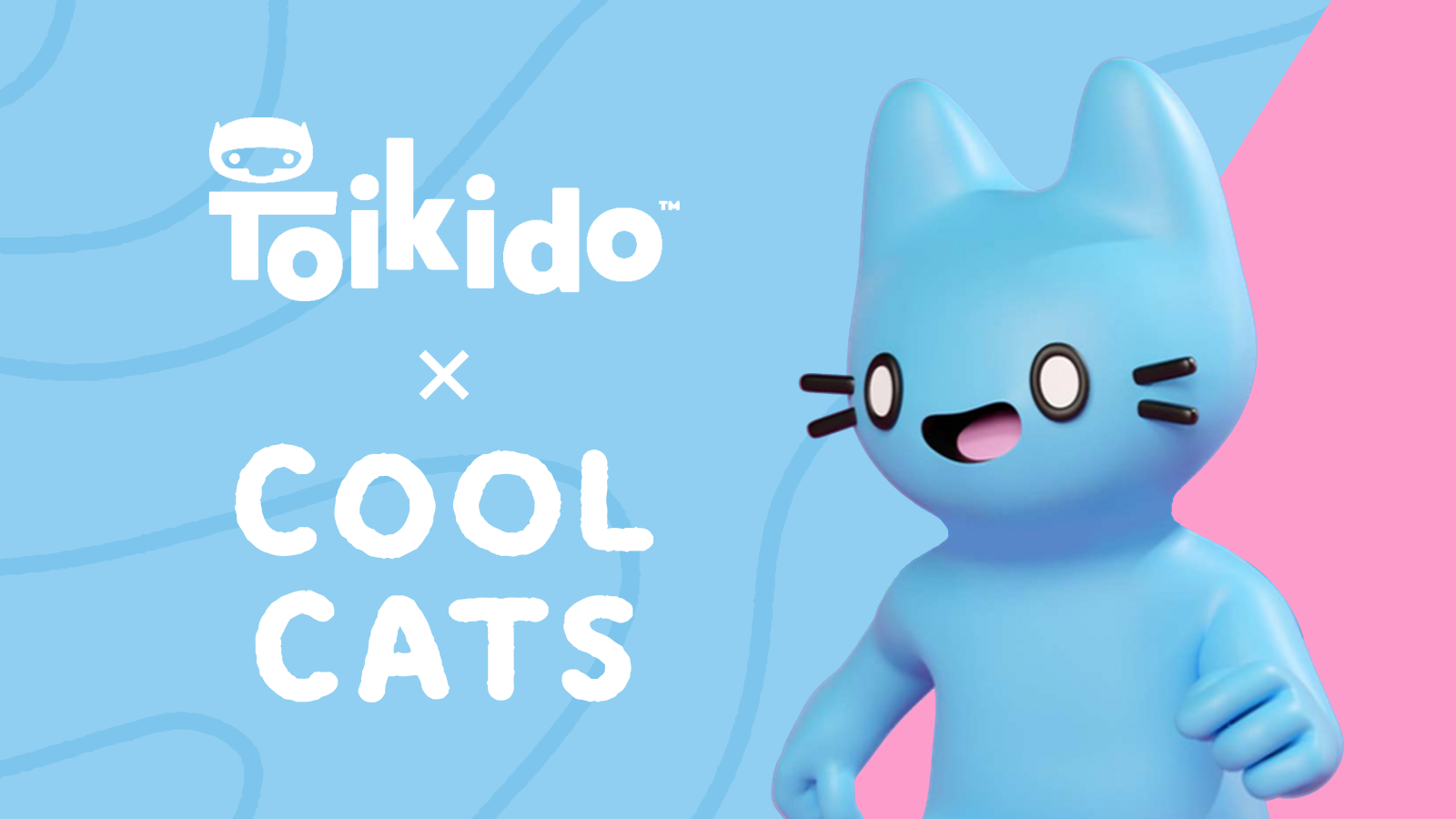 Cool Cats, producers of the widely known Cool Cats and Cool Pets NFT collections, and Toikido have announced a manufacturing and distribution deal for a wide range of merchandise – including toys such as plush – to bring the beloved characters of the Cooltopia ecosystem into the physical world.

“Toys, plushies and premium merch have been a continual ask from the community since early on,” said Cool Cats co-founder Evan Luza. “We’re stoked to be able to work with the right partner who can ensure we’re delivering the calibre of goodies to our community that they deserve.”

Toikido has made a name for itself based on its ability to reach shelves quickly. The company was able to create, manufacture and distribute the official line of Among Us products to over 100 global retailers in less than six months, helped by Toikido’s internal capabilities, proprietary technology and tooling.

As well as hit brand Among Us, Toikido is the master toy partner for Netflix’s Back to the Outback and will distribute a toy line for this summer’s Skydance Animation’s Luck. Additionally, the team is preparing to launch global merchandise for the highly successful game Gang Beasts, as well as developing its own new IP in the form of Piñata Smashlings which will be launching shortly.

The Cool Cats portfolio aligns perfectly with Toikido’s expertise and philosophy. Originally based on the Blue Cat character, it launched less than a year ago and has amassed the equivalent of $250m in sales, currently ranking as a Top 5 NFT collection worldwide in terms of both popularity and sales volume.

The instant popularity of Cool Cats recently led to the creation of Cool Pets, a collection of companion NFTs. These are among the industry’s first gamified NFTs to have their formation influenced by actions their owner takes throughout their developmental stages. There are more than 178m unique combinations possible across a limited number of Cool Pets that live and interact in the much larger Cooltopia ecosystem.

“NFTs are a passion of mine, and Cool Cats has been a favourite right out of the gate,” said Toikido founder and CEO Darran Garnham. “People absolutely love these characters, and I know that Toikido is the right company to inject the essence of Blue Cat into product designs that will delight the community and increase awareness of the very special creatures that are Cool Pets.”

In addition to traditional in-store and online distribution, Toikido will work with Cool Cats to create exclusive drops for the Cool Cats community, as well as for special events, such as the debut at NFT.NYC.

Find out more at https://www.coolcatsnft.com/.